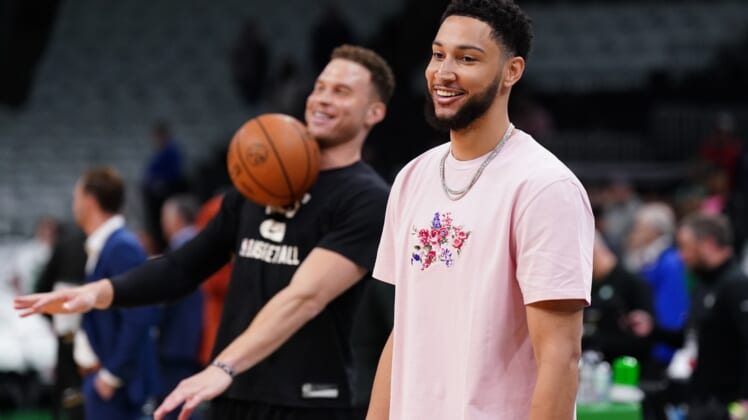 Brooklyn Nets coach Steve Nash said Tuesday that Ben Simmons was cleared for contact, a notable step toward his debut with the team.

Nash also said Simmons participated in a 4-on-4 drill without issue.

Simmons was officially ruled out for Game 2 of the Nets’ first-round playoff series against the Boston Celtics on Wednesday. Nash would not go as far as to rule the guard out for Saturday’s Game 3.

The former Philadelphia 76ers star, acquired in a blockbuster trade in February that sent James Harden to the Sixers, has yet to play a game in a Nets uniform due to a back injury and a lengthy reconditioning phase to return to game shape. Simmons forced his way out of Philadelphia over a fractured relationship with 76ers coach Doc Rivers and teammate Joel Embiid.

Multiple media reports have said Simmons is on track to make his return to the floor during the Boston series. The second-seeded Celtics won Game 1 over the No. 7 seed Nets.