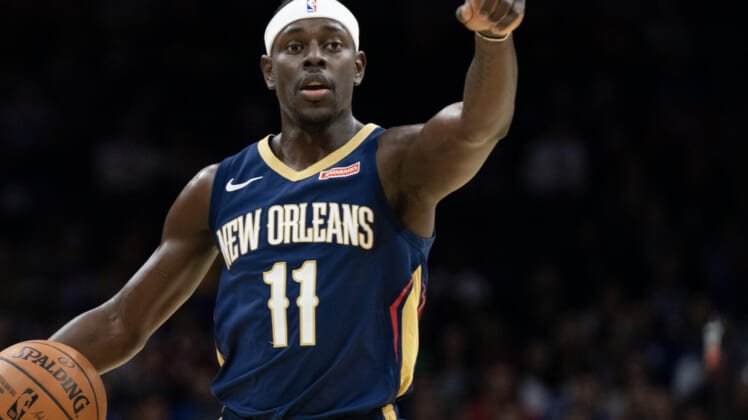 The New Orleans Pelicans find themselves mired in a 12-game losing streak and going nowhere fast this season.

It has led to speculation about the future of head coach Alvin Gentry. We’re now hearing reports that at least one big-name member of the Pelicans could also be on the outs.

According to Marc Stein of The NY Times, star guard Jrue Holiday is now available in trade talks.

This is a dramatic change of course for front office head David Griffin and the Pelicans. New Orleans just signed Holiday to a five-year, $131.8 million deal back in July of 2017.

It appears that the team is willing to go with struggling youngster Lonzo Ball as the long-term solution in the backcourt.

Holiday, 29, is averaging 19.4 points, 5.0 rebounds and 6.8 assists on 45% shooting from the field this season. The former All-Star has played up to that billing for the past several seasons in Nola.