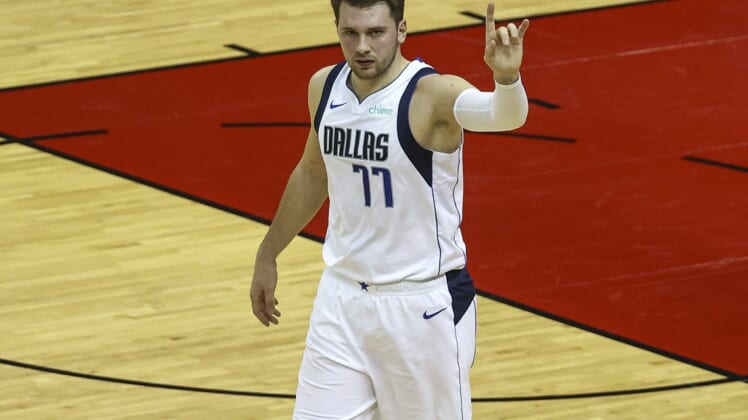 The Dallas Mavericks and New Orleans Pelicans matchup for Monday night has been postponed, following the most recent COVID-19 issue. It becomes the third NBA game canceled in the last 48 hours.

A day after the NBA canceled the Boston Celtics-Miami Heat contest, with both teams missing multiple players due to safety protocols, the league was forced to take action again on Monday. With the Celtics and Mavericks each dealing with more close contacts under the NBA’s protocols, both of their upcoming games have been postponed.

The Athletic’s Shams Charania first reported that tonight’s contest between the Pelicans and Mavericks was canceled. In addition, Tuesday’s matchup between the Celtics and Chicago Bulls will be rescheduled to a later date.

Dallas closed its facility on Sunday after forward Maxi Kleber tested positive for COVID-19. The team was already without starters Dorrian Finney-Smith and Josh Richardson, along with backup guard Jalen Brunson. All three players were sidelined due to contact tracing.

It’s the same situation for Boston. The Celtics are without stars Jayson Tatum and Jaylen Brown, along with five other players. Guards Javonte Green, Romeo Langford, forward Semi Ojeleye and centers Tristan Thompson and Robert Williams are all quarantined due to the league’s COVID-19 safety protocols.

The Philadelphia 76ers are also dealing with a COVID-19 scare. They are currently scheduled to play the Atlanta Hawks on Monday night. That game is tentatively scheduled, as is Tuesday’s matchup against the Miami Heat, another NBA team with players quarantined.

As another week begins, the NBA has a major problem on its hands. Teams are running out of available players, leading to three consecutive days with games canceled. The league will hold a meeting with its governors on Tuesday, bringing change to safety protocols and outlining fallback plans if this situation gets further out of control.