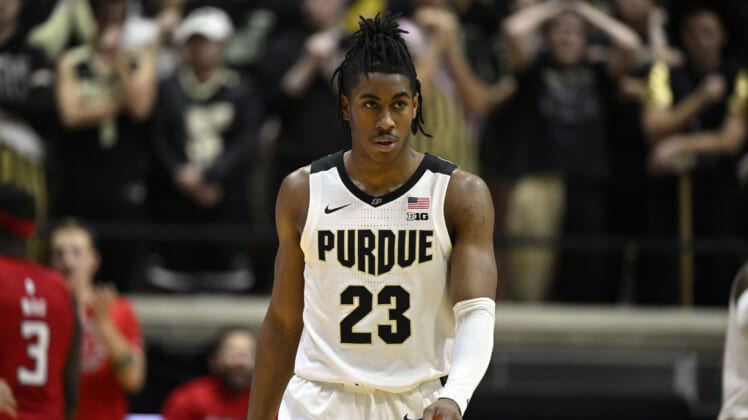 It seems that the fourth overall pick in the NBA Draft is one of the most coveted spots in next week’s event.

There is a consensus on who is expected to be the first three players taken in the 2022 NBA Draft. While the order could differ, Jabari Smith Jr., Chet Holmgren, and Paulo Banchero are assumed to be the three talents that’ll be off the draft board first. After that, the league-wide assumption is Jaden Ivey is the next best player available. And it looks like several teams are a fan of the Purdue guard.

However, the Sacramento Kings aren’t as keen on taking him in the draft with the fourth pick since they already have De’ Aaron Fox and Davion Mitchel — two players they are high on — already in their starting backcourt. It is why the team is reportedly very open to moving the pick instead of taking a player they don’t need or a prospect that doesn’t have fourth-overall value.

Related: Sportsnaut NBA mock draft – Predictions for every pick in Round 1 & 2

With the word out on the Kings’ willingness to trade out of the top-four as they pursue a player that is more likely to improve the team now, teams around the league have been calling. And ESPN NBA Insider Adrian Wojnarowski reported on Thursday that four, in particular, are making a hard push for the pick, but the cost could be “significant.”

“That No. 4 pick that the Sacramento Kings hold is very much in play,” Wojnarowski said on “NBA Coutdown” yesterday. “There are a lot of teams trying to get deals done with Sacramento so they can move up to select Jaden Ivey. Those are teams close to them in the lottery — Detroit and Indiana, who are at 5 and 6, the New York Knicks at 11 and the Washington Wizards at 10. Sacramento’s asking price is going to be significant … Monte McNair, their GM, you can expect him to be on the phones this next week as we get closer to Thursday’s draft. If they are going to move that pick, they are expecting to get a lot in return.”

The Indiana Pacers may have the least to offer since two of their best players just came from the Kings during this season’s trade deadline, and they don’t need someone like Malcolm Brogdon. The Detroit Pistons and Washington Wizards could offer strong young players like Jerami Grant, Saddiq Bey, and Kyle Kuzma along with top-10 picks. 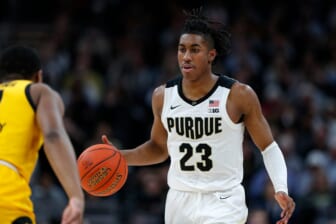 The New York Knicks do have a more proven talent in Julius Randle to offer up along with future draft capital. However, the player that would be most appealing to the Kings is young swingman RJ Barrett, and he seems to be the one player close to being untradable on the roster.