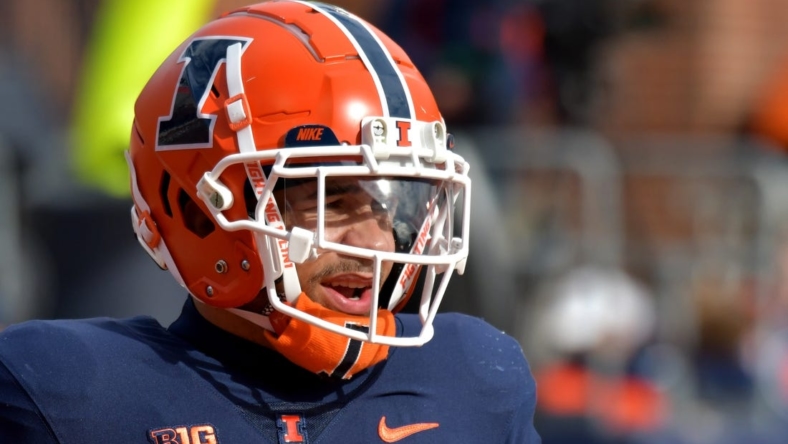 Illinois running back Chase Brown, the nation’s leading rusher, left Saturday’s 31-24 loss to Purdue with what appeared to be a serious leg injury.

Illini coach Bret Bielema didn’t have an update in his postgame press conference.

Brown was tackled near the sideline with 22 seconds remaining in the fourth quarter and was seen writhing in pain out of bounds while grabbing at his leg. Trainers tended to him, and ESPN reported that his twin brother, Sydney, who plays safety for the Fighting Illinois, was in tears while taking a knee next to him.

Entering Saturday, Chase Brown had tallied 1,344 rushing yards on 257 carries. He picked up 98 rushing yards and two touchdowns on 23 carries against the Boilermakers, snapping a streak in which he had rushed for over 100 yards in 10 straight games.

Chase Brown didn’t put any pressure on his leg immediately following the injury but was seen walking off the field under his own power at the conclusion of the game.