Johnson, 46, retired from NASCAR after the 2020 season and moved to open-wheel racing in 2021, competing only in road and street courses. His best finish in 12 events was 17th at the season finale in Long Beach, Calif.

“I’m going #FullTime next year! I can’t wait to get behind the wheel of the @Carvana machine for the full @INDYCAR season, including the #Indy500,” Johnson posted Wednesday on Twitter.

Competing for Chip Ganassi Racing with teammates Alex Palou, Scott Dixon and Marcus Ericsson, Johnson will enter all 17 races on the 2022 IndyCar schedule. 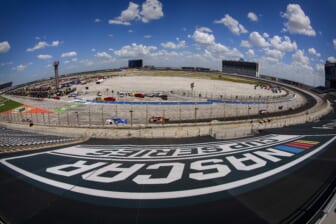 Johnson won 83 races in the NASCAR Cup Series and matched Richard Petty and Dale Earnhardt with seven season titles, the most recent being in 2016.