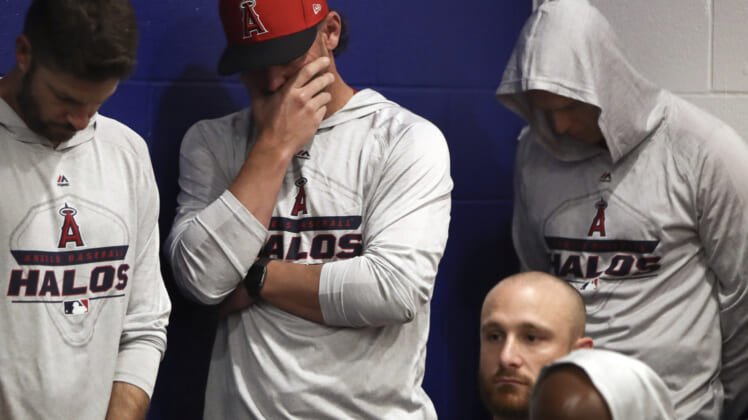 It was one year ago Wednesday that the baseball world changed forever. An otherwise normal summer of baseball action around MLB.

Then, everything changed on a dime. Reports came trickling in out of Arlington in Texas. Los Angeles Angels pitcher Tyler Skaggs had passed away at the young age of 27.

It was almost too surreal. A baseball world that had dealt with tragedy on a near never-ending loop in the recent past now having to go through the emotions again.

In the months that followed, we learned that Skaggs had been abusing drugs. It’s what ultimately led to his premature demise in this life. Some within the Angels’ organization had known. Another example of the fragility of life itself.

Now, one year following Skaggs’ tragic passing, the baseball world returned to mourning. In doing so, it honors a man who saw his life come to an end way too early.