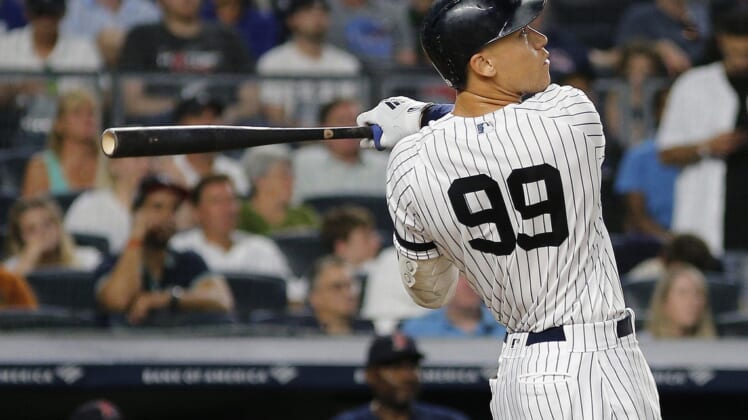 MLB is building it and soon some of the game’s best players will come to Iowa to play America’s pastime.

The league revealed a special trailer on Thursday announcing that the New York Yankees and Chicago White Sox will play each other in a “Field of Dreams” game on Aug. 13, 2020 at a field constructed on the site where the movie “Fields of Dreams” was played.

MLB’s “Field of Dreams” game will be broadcasted nationally on FOX as both teams travel to the cornfields in Iowa and play the first-ever MLB game in the state. According to MLB.com, the game will be played in an 8,000-seat stadium that will be temporarily built in the cornfields of the Dyersville farm.

“As a sport that is proud of its history linking generations, Major League Baseball is excited to bring a regular-season game to the site of Field of Dreams,” commissioner Rob Manfred said, via MLB.com. “We look forward to celebrating the movie’s enduring message of how baseball brings people together at this special cornfield in Iowa.”

It’s hard to imagine a more perfect matchup for this game than the White Sox and Yankees facing off. New York is obviously the most prominent team in baseball and it’s loaded with stars that would certainly make up a modern version of “Field of Dreams”.

Meanwhile, the history of the White Sox played a prominent role in the 1989 film that focused on Joe Jackson and some of his teammates.

As the league continues to look for new ways to market the game and draw in fans, this is a great move to honor an iconic baseball film. Now all the league has to do is build it and the fans will come.