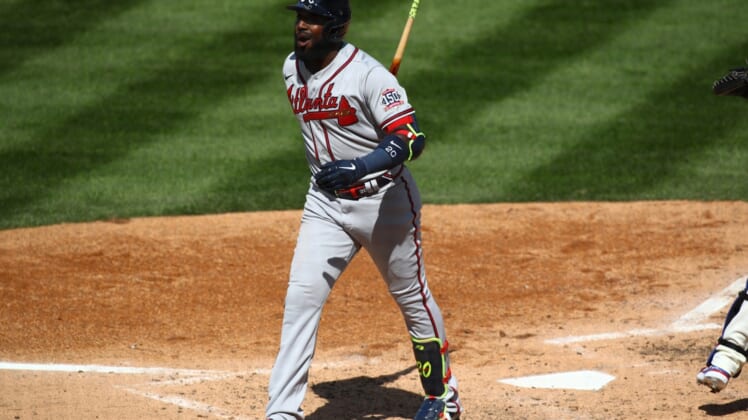 Ozuna, 30, has not played in a game for the Braves since May 25 after breaking two fingers in a game. Two days later, he was arrested on charges of battery and aggravated assault by strangulation against his wife.

Last week, Ozuna agreed to enter a pretrial diversion program that could result in charges being dropped.

Per the agreement, Ozuna will be supervised for six months and complete a 24-week family violence intervention program. He’s also barred from contacting his wife or using illegal drugs and must perform 200 hours of community service.

The six-month supervision could also be cut in half if Ozuna meets the rest of the requirements early, Hylton said.

Police officers in the Atlanta suburb of Sandy Springs said they were responding to a 911 call and witnessed Ozuna grab his wife, Genesis, by the neck and throw her against a wall.

The Braves re-signed Ozuna to a four-year, $65 million deal in February after the two-time All-Star batted .338 and led the National League in home runs (18) and RBIs (56) during the shortened 2020 season. He finished sixth in the NL MVP voting.