Bauer was placed on seven-day administrative leave after the woman, who admittedly had consensual sex with Bauer, reported that he choked her, rendering her unconscious, and struck her in the face and elsewhere on her body.

She was granted a temporary restraining order against the Bauer last week, with a hearing set for July 23. 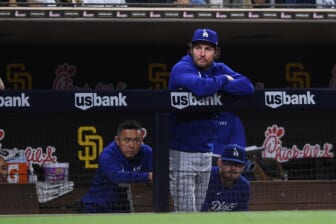 MLB is in the midst of an investigation into the alleged actions of Bauer, 30. So far, investigators have spoken with the woman’s attorney but not to her in person, ESPN reported.

Bauer has denied the allegations of assault.

ESPN said part of the investigation involves looking to see whether similar incidents have been reported in the past that could have violated MLB’s domestic violence policy.

A timeline for speaking with Bauer has not been set by MLB. Should Bauer’s leave expire without the investigation being completed, he could be put on an indefinite leave, ESPN reported.

Police in Pasadena, Calif., where Bauer lives and where the alleged assaults took place, also are conducting an investigation.

Bauer won the National League Cy Young Award as a member of the Cincinnati Reds last year before signing a three-year, $102 million free agent deal with the Dodgers in February. He is 8-5 with a 2.59 ERA in 17 starts for Los Angeles this year.

He was scheduled to start Sunday’s game against the Washington Nationals. Instead, the Dodgers made it a bullpen game and used eight pitchers to win 5-1 and complete a four-game road sweep of the Nationals.