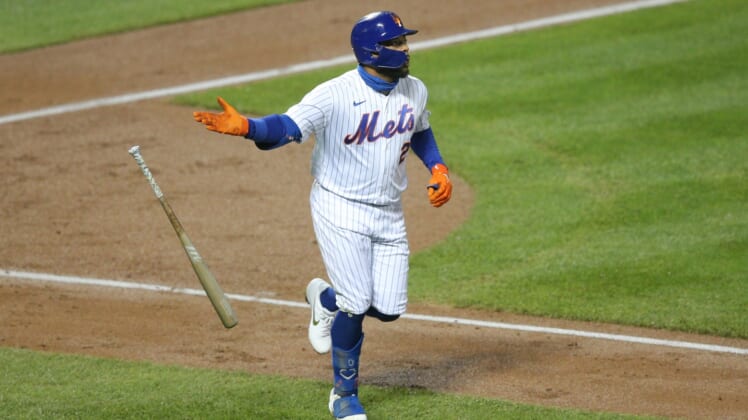 Major League Baseball implemented a universal designated hitter for the shortened 60-game season and it could be coming back in 2021.

While the American League and its players have benefited from the designated hitter since 1973, the National League and baseball purists pushed against it for decades. However, the universal DH was introduced this season as part of the agreement between MLB and the MLBPA.

With the collective bargaining agreement set to expire after 2021 and both sides already discussing plans for next season, the designated hitter could be staying.

Before the designated hitter can return to the National League for the 2021 season, the MLB and MLBPA must agree to it. Given the benefits it offers to the players, owners are reportedly using it as a bargaining chip in negotiations.

According to ESPN’s Jeff Passan, players are pushing MLB for the universal designated hitter for the 2021 season. In exchange, the league and its owners want the union to approve the expanded playoff format.

While adding a designated hitter for 15 NL teams creates another spot in the lineup for hitters, which means more money, the financial benefits of playoff expansion far outweigh it. Unsurprisingly, the MLBPA views the swap as inequitable and want something larger in return for the expanded postseason.

Bringing the designated hitter to the National League created additional opportunities during the 2020 season. It allowed the New York Mets to play Dominic Smith, who delivered a breakout season with a .993 OPS, 10 home runs and 21 doubles in 50 games. While he can play first base and left field, New York’s depth in the outfield and the presence of Pete Alonso meant the team needed a designated hitter spot.

Atlanta Braves slugger Marcell Ozuna also benefited. After spending the majority of his career in the outfield, the 29-year-old played 39-of-60 games as a DH. He had the best season in his career, posting a 1.067 OPS with a .338 batting average.

Given the money MLB makes from packaging its postseason games, players will certainly be pushing for a larger share and will seek to separate the DH from it in negotiations. Some executives believe that will happen, per ESPN, with the universal DH viewed as likely to stick around next season.

While traditional baseball fans might enjoy seeing pitchers hit and players forced to field and swing a bat, the game is changing. Even if the universal designated hitter doesn’t happen in 2021, you can bet on it returning in 2022 when the next CBA is signed.