MLB must toughen stance against pitchers who throw at batters 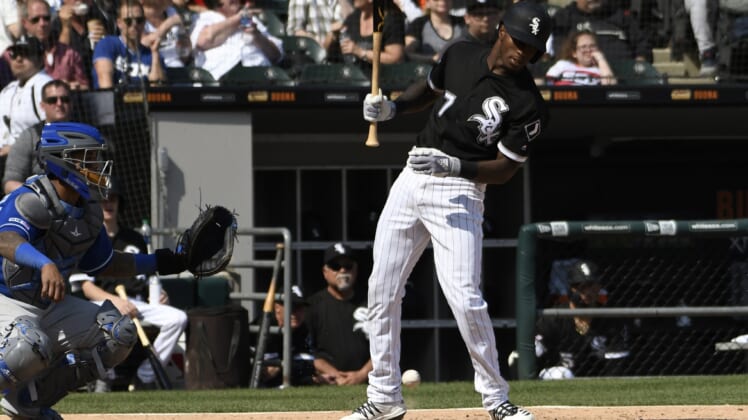 It happened again. Two weeks following a similar situation, baseball saw a starting pitcher take revenge into his own hands on Wednesday. Now with the usual suspensions on the horizon for those involved, we face the same problem as the league continues to get it wrong with its discipline of pitchers.

White Sox manager Rick Renteria, Royals bench coach Dale Sveum along with Keller and Anderson were ejected from the game by umpire Joe West. West then refused to explain to reporters his reasoning for ejecting Anderson.

The fallout: MLB will likely follow the same script it uses in these situations. Just as it announced a five-game suspension for Archer, Keller is likely headed for a five-game ban.

Keller took a hard object and threw it 92 mph at an opponent. He aimed for the hip and hit it, which Royals infielder Hunter Dozier justified because he hit the lower body.

Baseball’s unwritten rules suggest Keller did no wrong here. The game’s “codes” say throwing at an opponent is the right thing to do when a pitcher feels “disrespected.”

Yet, MLB’s “Let the Kids Play” campaign, which featured Anderson’s bat flip, contradicts this very thing. Of course, the league’s public message doesn’t mean much when its discipline for intentionally hitting a batter is far from a deterrent.

The problem: MLB keeps sending the message that pitchers are essentially allowed — with a minor punishment — to use a potentially deadly or life-altering weapon to exact revenge against an opponent who adds a little flair after a home run.

When a player is hit with a baseball, they aren’t allowed to use the weapon in their hand to retaliate back. Doing so would result in a massive ban, even attempting to do so carries a harsher punishment than hitting a batter.

Consider what happened in 2014 when Manny Machado, then with the Baltimore Orioles, threw his bat towards an Oakland A’s player.

Clearly, the league views using the bat as a weapon as worthy of a lengthy punishment since it can cause significant bodily harm. So where is that concern for a player safety’s when a pitcher throws a weapon at an opponent?

The flaw: When MLB suspends an every-day player for multiple games, they actually miss those specific number of games and it hurts a team. When it comes to starting pitchers, a five-game suspension barely equates to a start.

Suspensions should be different for pitchers. The uniqueness of their position means they play in fewer games. A five-game suspension for Machado’s bat throw equates more closely to a 15-game suspension for a pitcher throwing a baseball at a hitter.

If MLB wants to get serious about its “Let the Kids Play” campaign and player safety, then the league must seriously reconsider how they discipline pitchers who throw at batters.

The grim outcome: It’s clear Archer’s five-game suspension didn’t deter Keller from getting his own vengeance. Keller’s impending suspension isn’t likely to prevent the next pitcher from doing the same.

If MLB wants to keep its unwritten rules and allow pitchers to police the game through violent acts, then it needs to forget about the “Let the Kids Play” campaign and instead prepare for the very real consequence that will one day come.

These are professional pitchers with some of the best command in the entire sport. But no pitcher is perfect. Wild pitches occur in every game and pitchers miss their spots every inning. There’s no reason to think that, in an emotional moment seeking vengeance for a perceived slight, a pitcher will lose control of that 95-plus mph fastball and see it hit an opponent in the head or neck.

At that point, it is too late. A young man’s career and potentially his life could be permanently altered over a slight in a game that doesn’t really mean that much in the long run. The pitcher will apologize and carry it with him for years, while MLB will say it did everything it could up to that point and profoundly wishes it could have done more.

The damage will be done. A preventable moments years in advance, instead, will end in heartbreaking fashion that no fan of baseball will ever forget.

This can be avoided if the league actually steps up and uses Keller as an example. Otherwise, the league’s condolences after a tragedy will be just as hollow as its “let the Kids Play” message is now.