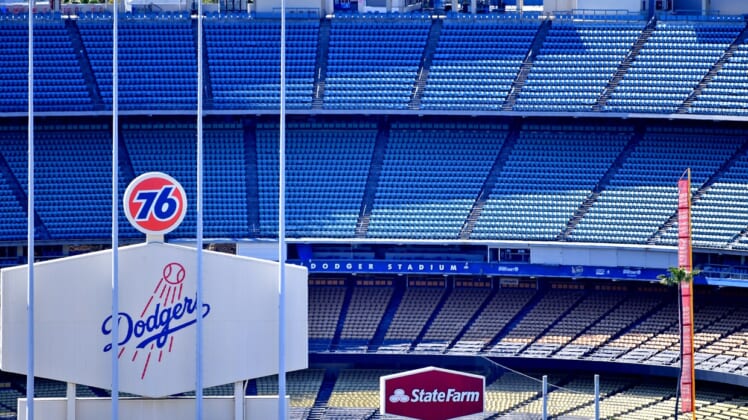 Even as Major League Baseball begins to grow confident that MLB games will be played in 2020, league officials and team executives are now preparing for a potential hit to revenue that could impact MLB for years to come.

According to the Sports Business Journal, MLB officials are projecting that playing games without fans this season could lead to a 40% reduction in the league’s annual revenue. Coming off a year that saw the league generate $10.7 billion in revenue, the early projections could deal a massive blow to MLB.

The substantial hit in revenue comes from game-day operations with money coming from tickets, concessions, parking and other profit-generating avenues. MLB recently discussed a plan that would host all 30 teams in Arizona and have them play in empty stadiums, however, that proposal is now viewed as more unlikely due to players being kept away from their families.

There are some team officials hopeful that they could gradually allow fans back into stadiums. Even for that to happen, it would require each person entering to wear masks and cutting down attendance to no more than 15,000. However, Dr. Anthony Fauci outlined how professional sports could return this year and that proposal does not allow for fans attending games in 2020.

Estimates in March projected that MLB could lose upwards of $2.5 billion if the season didn’t start until July. While there is some hope across the league that mid-June could be a potential target for the season to start, July is now viewed as the likeliest scenario.

The financial ramifications for MLB, team owners and players would dramatically shift payrolls in future seasons. The COVID-19 pandemic and the ongoing economic crisis looming for baseball also comes at a time when the CBA between owners and players is set to expire after 2021.

While we could see salaries for MLB players reduced with many teams taking greater financial hits if baseball returns without fans, the consequences will be far greater for Minor League Baseball. At this point, it’s viewed as unlikely that a MiLB season will be played in 2020 and the fallout from that will be staggering.