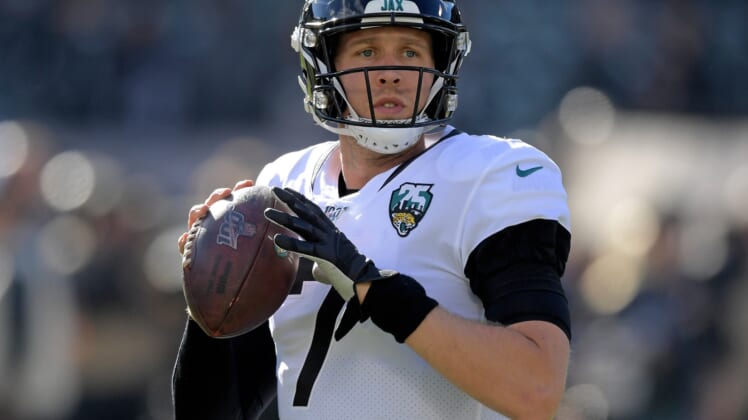 The Chicago Bears reportedly pulled off a trade with the Jacksonville Jaguars to acquire quarterback Nick Foles, putting Mitch Trubisky on notice.

Per ESPN’s Adam Schefter, the Jaguars are receiving Chicago’s fourth-round compensatory pick in exchange for Foles.

This trade immediately makes it clear that Trubisky will have to up his game in a major way if he’s going to continue being the starting quarterback in Chicago.

Foles isn’t a top-tier starter in the NFL, but he does have a history with Bears head coach Matt Nagy, and he is an upgrade over Trubisky — barring a big leap from the former No. 2 overall pick.

There will be a quarterback competition in Chicago this summer, to be sure. Now it’s up to Trubisky to show he really is not a first-round bust. This should be interesting to watch play out, and you have to believe Bears fans are excited about the possibility of sporting a consistent offense in 2020.