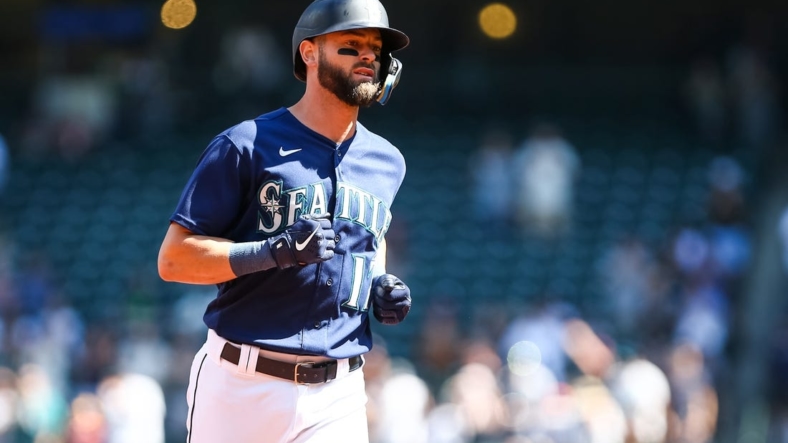 Gonzales (9-12) limited the AL Central-leading Guardians to one run on four hits. The left-hander walked one and struck out four.

Andres Munoz pitched the final 1 1/3 innings for his third save of the season, flashing a 100-mph fastball while striking out three of the four batters he faced. The Mariners improved to 51-0 this season when taking a lead into the eighth inning, the lone team in the majors to be undefeated in that situation.

All of the runs were scored in the first inning.

Cleveland’s Steven Kwan led off the game with a double to right field. Amed Rosario reached on an infield single, with Kwan advancing to third. The run scored as Jose Ramirez grounded into a forceout. Ramirez was thrown out by Seattle catcher Cal Raleigh while attempting to steal second.

The Mariners, who currently are in position for one of the AL’s three wild-card playoff berths, responded in the bottom of the inning.

Rookie Julio Rodriguez drew a leadoff walk on a 3-2 pitch and Jesse Winker lined a single to center field. Haniger then homered to left-center on a 1-1 count, his seventh of an injury-plagued season.

Mariners All-Star first baseman Ty France left the game in the third inning after suffering a right calf bruise on a collision with Ramirez in the first. Shortstop J.P. Crawford’s throw in an attempt to turn a double play was high, and Ramirez hit France in the leg as the infielder landed after leaping to make the catch. France suffered a wrist injury on a similar play earlier this season and spent time on the 10-day injured list.