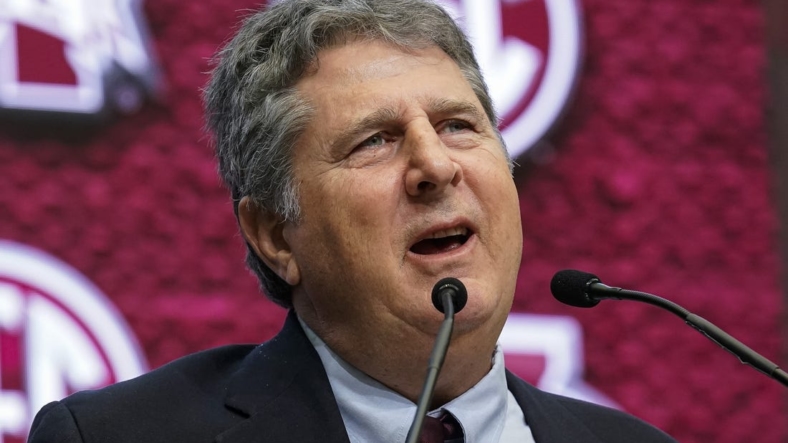 More importantly, the Bulldogs will be experienced when the game kicks off in Starkville, Miss.

The team has 16 starters returning from last season — eight each on offense and defense — when the Bulldogs finished 7-6.

“We’re not a really old team yet, but we are an experienced team,” coach Mike Leach said. “We’ve got a number of guys who have started for two years.”

Quarterback Will Rogers arguably is the most vital returning starter. Last season, he passed for 4,739 yards, the third-highest total in Southeastern Conference history.

Rogers was one of only two quarterbacks over the last 22 seasons in the SEC to throw for more than 4,700 yards and 35 touchdowns while completing at least 73 percent of his passes.

“He’s steadily improved,” Leach said. “He is bigger and stronger than he was. I never thought he had glaring weaknesses. His weakness when he first started was experience, but I think he’s gotten better at really all phases of his game.”

Cornerback Emmanuel Forbes will be a key catalyst on defense. Forbes has three career interceptions returned for touchdowns.

Memphis, however, will enter its season opener as an inexperienced group. The team finished 6-6 last year.

Coach Ryan Silverfield said he has one of the youngest rosters in college football, as approximately 70 percent of the players aren’t juniors or seniors.

Quarterback Seth Henigan and running back Brandon Thomas did start much of last season as freshmen.

“It’s not a bunch of true freshmen going out there for us on Saturday,” Silverfield said. “Seth has almost a full season of experience as a starter, and that makes a big difference. A lot of these young guys have played, and some will be getting their first starts.”

Quindell Johnson will anchor the defense as he ranked 27th in the country with 8.8 tackles per game last season.

The Tigers are searching for their ninth straight bowl appearance. With such a young roster, the task won’t be easy.

“We’re building the roster the right way. College football’s completely changing, and we’ve got a lot of faith in the way we’re doing things here, and that just shows it,” Silverfield said. “We got great vets, and those are our leaders, but I just think it’s unique because the way this thing is growing.”