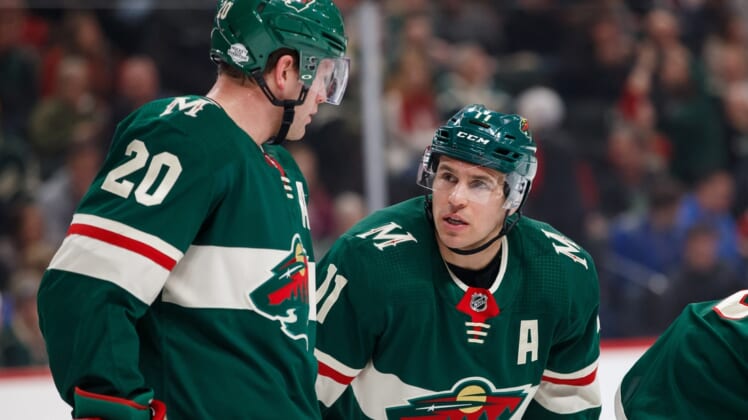 The Minnesota Wild are buying out the remaining four years on the contracts of franchise stalwarts Zach Parise and Ryan Suter.

Parise and Suter, both 36, signed with the Wild as free agents on July 4, 2012, and have played the past nine seasons together in Minnesota.

“Zach and Ryan have been an integral part of the Wild’s success over the past nine years and we’ll always be grateful for their many contributions,” general manager Bill Guerin said in a news release on Tuesday. “There were numerous factors that entered into the difficult decision to buy out their contracts, but primarily these moves are a continuation of the transformation of our roster aimed at the eventual goal of winning a Stanley Cup.”

The Athletic reported that Parise and Suter each will be paid $6.7 million over the next eight years. Both signed 13-year, $98 million contracts in 2012.

“I want to thank Zach and Ryan for everything they did for our organization over the past nine seasons, both on and off the ice,” Wild owner Craig Leipold said in the release. “They were tremendous ambassadors for our team and helped us win a lot of games. I wish them nothing but the best going forward.”

He is a Minneapolis native.

Minnesota reached the Stanley Cup playoffs eight times during their nine seasons with the club. The Wild lost a seven-game first-round series to the Vegas Golden Knights in 2020-21.