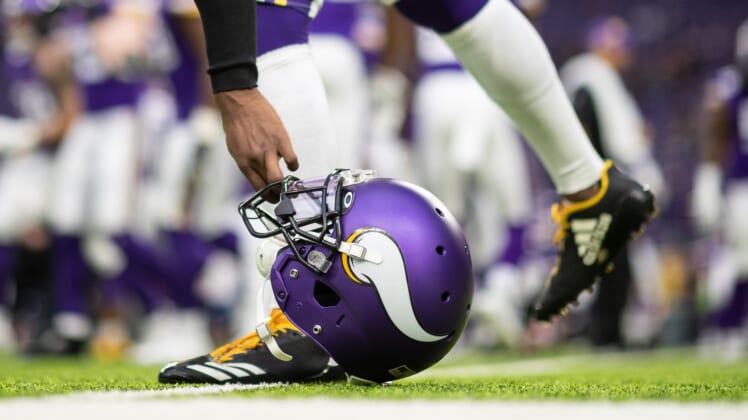 The Minnesota Vikings placed first-round pick Justin Jefferson, along with three other players, on the team’s reserve/COVID-19 list on Monday.

The Vikings welcomed their rookies to the team’s facilities over the weekend to begin testing them for COVID-19. On the same day the club announced its head athletic trainer and infection control office tested positive for the virus, it also placed four players on the NFL’s new COVID-19 list.

Notably, per The Star Tribune’s Ben Goessling, none of the players came in contact with the athletic trainer.

The NFL created the COVID-19 reserve list to allow clubs to quarantine players who either test positive for the coronavirus or come in close contact with a carrier of the virus. Due to medical regulations, though, the team isn’t allowed to disclose which aspect the player falls under.

While four players on an 80-man roster sounds low the Vikings have only tested around 20 players to this point. After receiving approval from the NFLPA on the team’s infectious disease emergency response plan, though, more players will soon undergo testing.

Minnesota will welcome 70-plus more players tomorrow and each of them will undergo a COVID-19 test. After that, the club will have far more clarity for just what percentage of their roster will be sidelined when training camp begins.