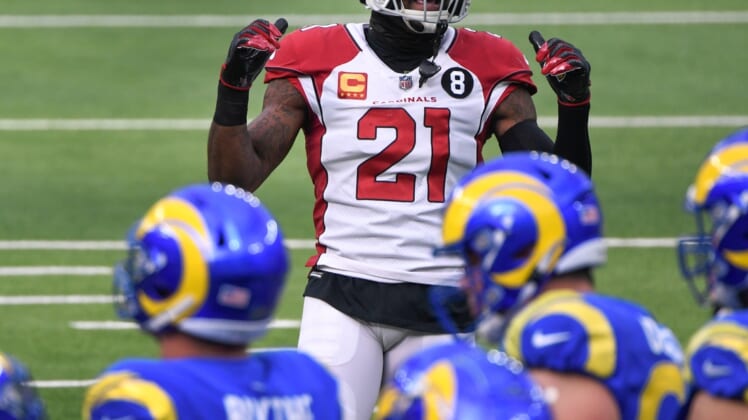 Patrick Peterson is leaving the desert after 10 years as one of the NFL’s top cornerbacks.

The Minnesota Vikings have agreed to bring aboard the three-time All-Pro on a one-year, $10 million deal, according to multiple reports.

Among the assets Peterson had sought in free agency was a team with a good quarterback.

“I’d consider playing for anybody that has … a quarterback,” Peterson said last week on his “All Things Covered” podcast with Bryant McFadden.

“If you don’t have a quarterback it’s going to be pretty difficult trying to win a football game, so whoever has a quarterback that can spin the rock and also collect enough wins to get in the playoffs. That gives us a shot to win it all.”

The Vikings’ starting quarterback is Kirk Cousins, who threw 35 touchdowns and 13 interceptions in 2020, earning a passer rating of 105 per Pro Football Reference (No. 8 in the NFL).

Peterson had 53 tackles and three interceptions in 2020, but earned just a 55.2 overall grade from Pro Football Focus.

Peterson, who turns 31 in July, has been a Pro Bowl selection in eight of his 10 seasons — all with the Arizona Cardinals, who made him the fifth overall pick in the 2011 NFL Draft.

The LSU product has played all 16 games in nine seasons and has started all 154 career games in which he’s played, collecting 28 interceptions and 12 fumble recoveries.