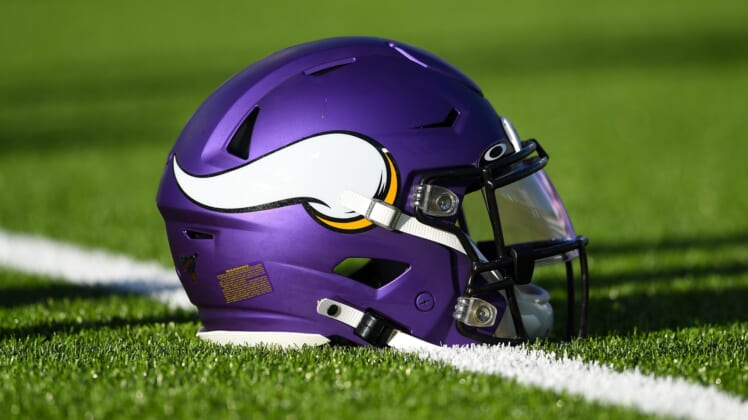 The Minnesota Vikings addressed their serious need at left tackle on Thursday by selecting Virginia Tech star Christian Darrisaw with the 23rd pick in the 2021 NFL Draft.

Minnesota originally held the No. 14 overall pick, but traded down with the New York Jets. After acquiring two third-round picks (66th and 86th overall), the Vikings landed the same player they would have taken at their original spot.

Darrisaw was a three-year starter for the Hokies and figures to slot in right away to protect Vikings quarterback Kirk Cousins‘ blind side.

Some had dinged Darrisaw’s stock leading up to the draft, but then news surfaced mere days ago that he played through a serious groin injury in 2020 and had surgery to repair a core muscle injury in January, per NFL Network’s Ian Rapoport.

Pro Football Focus rated Darrisaw with the second-best offensive tackle grade in the country last season. PFF also had Minnesota’s offensive line ranked 26th out of 32 teams this past year.

It’s pretty obvious the positional need and quality of player aligned extremely well here, especially after the Vikings lost Riley Reiff to Cincinnati in free agency. Darrisaw will take his place at left tackle, and as long as he’s healthy, which is the expectation, he should make a huge impact as an NFL rookie.

This pick is bound to be a little polarizing, because Minnesota still needs another pass-rusher opposite Danielle Hunter, who’s disgruntled with the way things are going with the Vikings as it is and could wind up forcing a trade at some point. However, ensuring Cousins is upright and tailback Dalvin Cook has room to run evidently took precedent as priorities for general manager Rick Spielman.

Just because Darrisaw got drafted in Round 1 doesn’t mean Minnesota is finished investing in its offensive front, either. The class is thought to be deep at that position group, so it wouldn’t be a shock to see the Vikings go back to that well at some point on Day 2 or Day 3 of the draft.

Since the team doesn’t have a second-round pick but has tons of other selections in the later rounds, don’t be surprised to see the Vikes trade up back into Round 2 for an edge defender on Friday. They could also be in the market for Cousins’ eventual successor at QB.