Milwaukee Brewers rally to edge the Minnesota Twins in 10 innings, 6-5 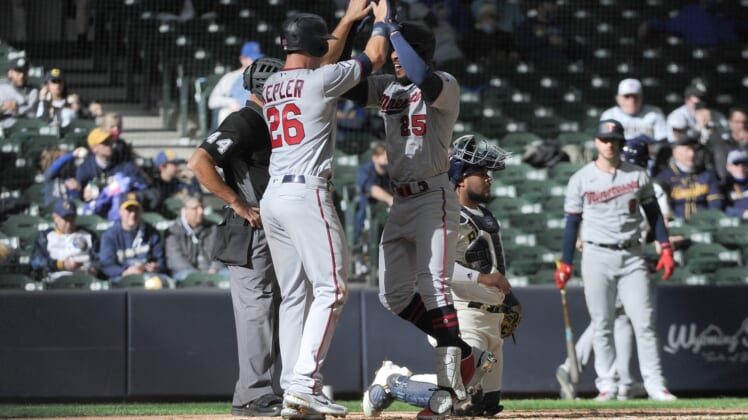 Orlando Arcia drove in the winning run in the bottom of the 10th inning as the host Milwaukee Brewers rallied from a three-run deficit in the ninth to pull out a 6-5 victory over the Minnesota Twins on Thursday.

Arcia hit a slow chopper off reliever Randy Dobnak (0-1) to second baseman Jorge Polanco with the infield in and nobody out to drive in Lorenzo Cain, who began the inning at second and then advanced to third on a single to right by Omar Narvaez.

The Twins looked in good shape heading into the bottom of the ninth leading 5-2 and with new closer Alex Colome on the mound. But with one out, Colome hit Kolten Wong, who later moved to second when Colome threw wildly to second on a grounder by Keston Hiura.

Christian Yelich followed with a liner to the track in right that went off the top of the glove of Max Kepler to drive in Wong. After Avisail Garcia grounded out, Travis Shaw doubled to right to tie it, driving in Hiura and Yelich.

Shaw had two hits and three RBIs and Yelich went 2-for-4 with two runs scored and an RBI. Garcia and Narvaez each added two hits.

Byron Buxton hit a tape-measure two-run homer and Kepler tripled, doubled and had three hits to lead Minnesota. Buxton’s homer on a hanging curveball by reliever Eric Yardley came in the seventh inning after Kepler led off with double. Kepler’s shot hit the scoreboard in left-center and traveled 456 feet, the longest home run of his career. It extended Minnesota’s lead to 5-2.

Luis Arraez went 2-for-5 with a walk and an RBI and Andrelton Simmons also had two hits and scored a run for the Twins, who finished with 10 hits. Buxton also walked twice, equaling his entire 2020 total, and stole a base.