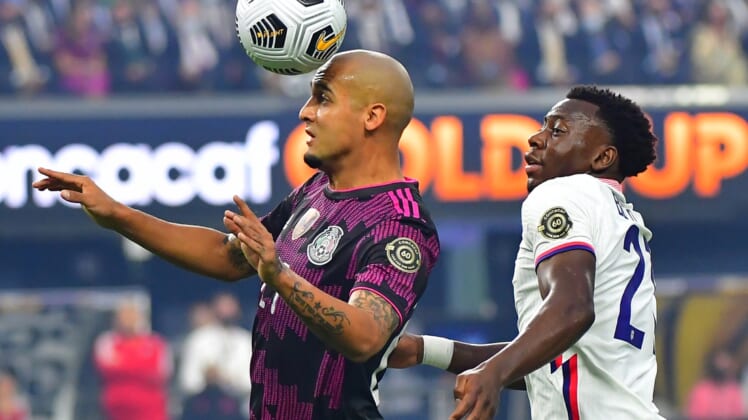 Miles Robinson scored in the 117th minute when the U.S men’s national team defeated Mexico 1-0 in the final of the 16th CONCACAF Gold Cup in Las Vegas on Sunday.

Robinson was at the 6-yard box when the Atlanta United defender headed a free kick by Kellyn Acosta for his third international goal.

The U.S., in its record 12th final, won it for the seventh time and is champion for the first time since 2017.

Mexico was vying for its ninth title but dropped to 5-2 vs. the Americans in finals.

The border rivals also went to the 30-minute extra time on June 6 in the final of the CONCACAF Nations League, won by the U.S. 3-2.

The U.S. went into the match Sunday as the underdog because many of its top players from the Nations League tourney were not on the Gold Cup roster so they could prepare for their European seasons.

Mexico dominated the first half but Matt Turner made four saves, three on Rogelio Funes Mori. The best came in the 11th minute off a corner kick when Turner made a full reach to the right post to push away Mori’s header from 14 yards.

Another corner resulted on a Héctor Herrera header that Turner comfortably grabbed in the 19th minute.

Despite Mexico holding 63 percent of the possession and a 12-6 shot advantage through 45 minutes, the best opportunity to break the deadlock came from the Americans in the 26th minute off a turnover.

Sebastian Lletget spotted Paul Arriola alone near the penalty spot but his shot hit the outside of the right post. Alfredo Talavera scrambled and made the block with his back.