Metta World Peace says he belongs in the Hall of Fame 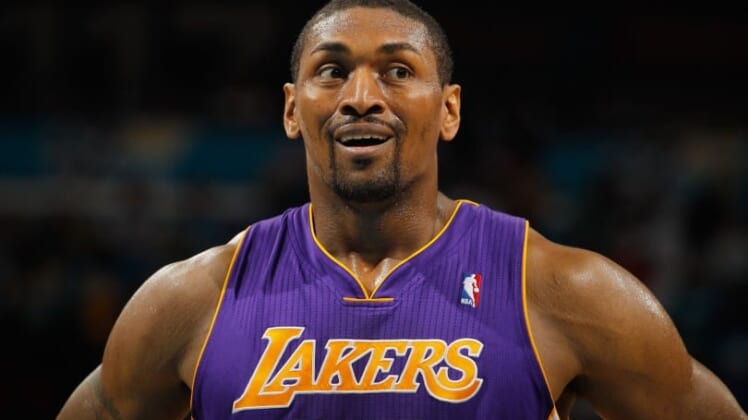 The artist formerly known as Ron Artest is making the media rounds in an attempt to campaign for induction into the Pro Basketball Hall of Fame.

Metta World Peace recently appeared on Van Lathan’s “The Red Pill Podcast” and made it clear that he should be in Springfield.

There’s a strong argument that can be made for this. MWP earned four All-NBA Defensive Team honors during his 18-year career. Unfortunately, World Peace earned only one All-Star appearance during that span.

Whether World Peace believes he should be in the HOF is irrelevant. He pretty much said as much.

“A lot of people don’t wanna see me in that Hall of Fame. I never really was afraid to speak my mind. I never submitted to being that corporate person. I never gave a f**k. So, It’s gonna be hard to get in.”

He’s not wrong. The media and those who vote are a fickle bunch. It’s not limited to the NBA, either.

For his part, World Peace has been an outspoken figure since he joined the NBA as a first-round pick of the Chicago Bulls back in 1999.

Perhaps best known for his time with the Los Angeles Lakers, World Peace averaged 13.2 points and 4.5 rebounds throughout his career. He’s eligible to be inducted into the HOF next year. But we wouldn’t bank on it.