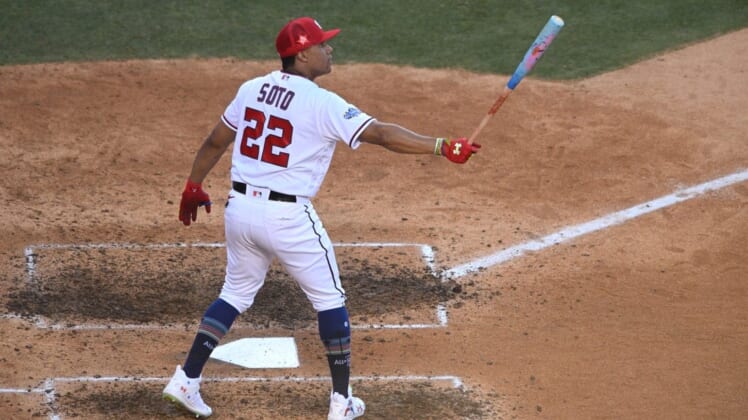 He’s 23, full of potential and personality, and producing at a rate equivalent to a Hall of Fame track.

Now Washington Nationals outfielder Juan Soto could be available via trade, and oddsmakers are pointing to the Big Apple as his most likely future landing spot.

Soto reportedly turned down a 15-year contract worth $440 million to stay with the Nationals, a decision from the Scott Boras client that sent Washington back to the drawing board.

Sportsbetting.ag outlined 14 teams with the best chance to acquire Soto, who would be a “rental” before the trade deadline that would turn the playoff race upside down.

The New York Mets and spendy owner Steve Cohen could be a soft landing for Soto with Francisco Lindor, Max Scherzer, Pete Alonso and others to take some of the attention away from his big bat.

ESPN reported that some general managers expect the St. Louis Cardinals to be heavy bidders for Soto and other top attractions at the deadline.

Sportsbetting.ag has the Cardinals at +700.

Here are the complete odds for Juan Soto’s next team from sportsbetting.ag: