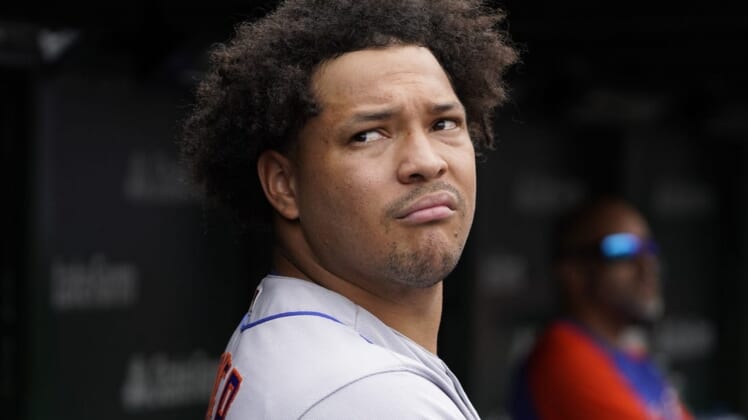 New York Mets right-hander Taijuan Walker was scratched from Sunday’s start in Philadelphia due to a back injury.

The team did not immediately name a replacement for the afternoon game against the host Phillies.

Walker was removed from Tuesday’s start at Atlanta after allowing one hit and walking two batters in two scoreless innings. He sustained back spasms after running to cover first base on a ground ball.

Mets manager Buck Showalter said Saturday that Walker could return to the rotation on Tuesday against the New York Yankees.