Meniscus tear to keep 76ers’ Joel Embiid out of Game 5 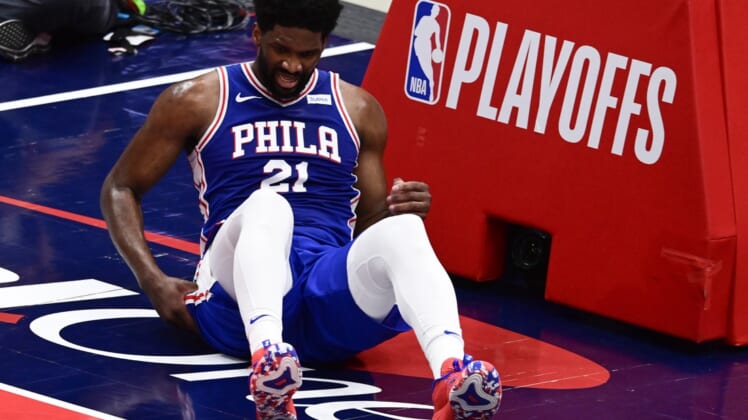 Philadelphia 76ers center Joel Embiid has a small lateral meniscus tear in his right knee and will not play Wednesday in Game 5 of the first-round Eastern Conference series against the Washington Wizards.

The extent of the injury, revealed in an MRI examination and reviewed by multiple orthopedic specialists, will leave Embiid day-to-day moving forward. The Sixers say that for now, anyway, Embiid will undertake a physical therapy and treatment program.

Embiid left Game 4 on Monday with right knee soreness and the Wizards pulled off a 122-114 victory to avoid a sweep in the best-of-seven series. 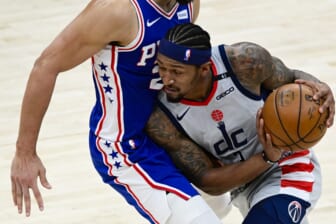 Embiid was injured after an awkward fall to the floor following a drive to the basket with under five minutes remaining in the first quarter of Monday’s game. The four-time All-Star remained in the game for a few minutes before subbing out and retreating to the locker room.

Embiid collected eight points and six rebounds in 11 minutes before departing the contest.

The 27-year-old MVP candidate averaged 28.5 points and 10.6 rebounds per game during the regular season. Embiid erupted for a career playoff-high 36 points in Philadelphia’s 132-103 victory over Washington in Game 3 on Saturday.