Rory McIlroy has missed the fans and, hours after Australian Adam Scott was forced to withdraw from the Zozo Championship... 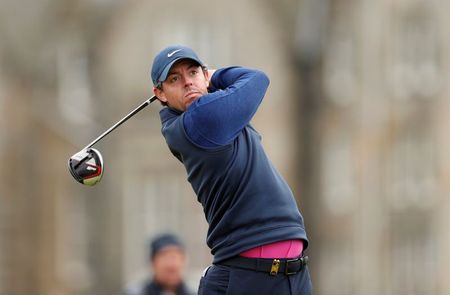 (Reuters) – Rory McIlroy has missed the fans and, hours after Australian Adam Scott was forced to withdraw from the Zozo Championship because of a positive COVID-19 test on Wednesday, said he was ready to see them back out on the course.

The Northern Irishman will not see any spectators at this week’s Zozo Championship being played at the Sherwood Country Club in Thousand Oaks, California, but the next two events on the PGA Tour schedule — the Bermuda Championship and Houston Open — both plan to allow a limited number of fans.

While McIlroy views the return of spectators with cautious optimism, Phil Mickelson expressed deep concern, saying the presence of fans in Houston might keep him from playing what has traditionally been his Masters warm-up event.

“I think I’m more comfortable with it now than I was, say, back when we were going to play the Memorial in July with fans,” said McIlroy. “I think everyone was still a little skeptical about that.

“But I think right now we just know a little more about COVID and what it does, maybe not long-term wise but at least in the short term, what it maybe does to the body and what the symptoms are and treatment protocols and therapeutics.”

With most of the players on the PGA Tour being fit, healthy athletes, McIlroy noted they were in the low-risk category.

But the new father was also mindful of the need to take into account others outside the demographic and communities in which they play.

Several golfers have tested positive, including world number one Dustin Johnson who continues to self-isolate and will miss the Zozo after an earlier positive test, but have not suffered serious illness.

“It’s hard because the demographic that is a Tour player and the people that are out on site, if they get COVID, more than likely nothing is going to happen,” said McIlroy. “They might get symptoms for a couple of days but they’ll bounce back and they’ll be fine.”

Since the PGA Tour restarted in mid-June following a COVID-forced shutdown officials have made several attempts to bring back fans but each time they aborted efforts over health and safety concerns.

With the United States again seeing a spike in cases Mickelson, who turned 50 in June, said playing in front of spectators presented an unnecessary risk with the rescheduled Masters set from Nov. 12-15.

“I think that they will do a very good, safe job in having 2,000 people at the Houston Open,” said Mickelson, a three-time Masters champion. “However, for me personally, I don’t like the risk of having that happen the week before the Masters.

“So it has made me question whether or not I’ll play there.”

(Reporting by Steve Keating in Toronto. Editing by Clare Fallon)