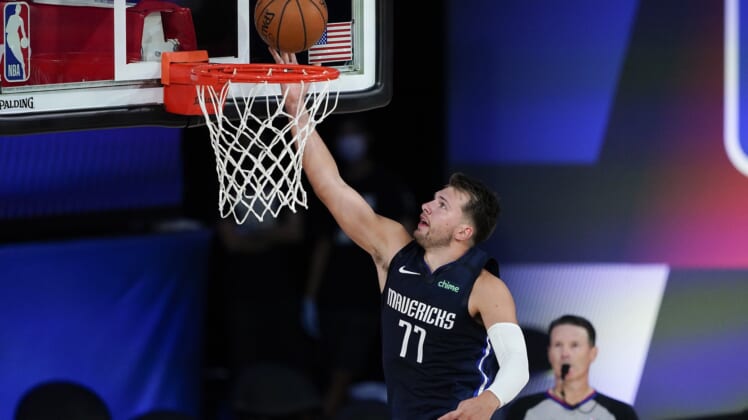 Already one of the NBA’s biggest stars in his second season, Luka Doncic made NBA history Tuesday as the Dallas Mavericks beat the Sacramento Kings.

During the Mavericks’ 114-110 victory over the Kings, Doncic scored 34 points, hauled down 20 rebounds and dished 12 assists.

Per ESPN Stats & Info, he became the first Mavericks player to have a 30-point/20-rebound/10-assist triple-double. Additionally, he became the youngest player in NBA history — at the age of 21 years, 158 days — to record a 30-point, 20-rebound triple double.

It’s not the first, or the second time Doncic has made NBA history. The dude has been blazing since his rookie campaign and appears to have a Hall of Fame career ahead of him given good health.

One of the most entertaining players to watch in the Association, he may already be its best player.