Marc-Andre Fleury, 37, plans to play ‘at least another season’ 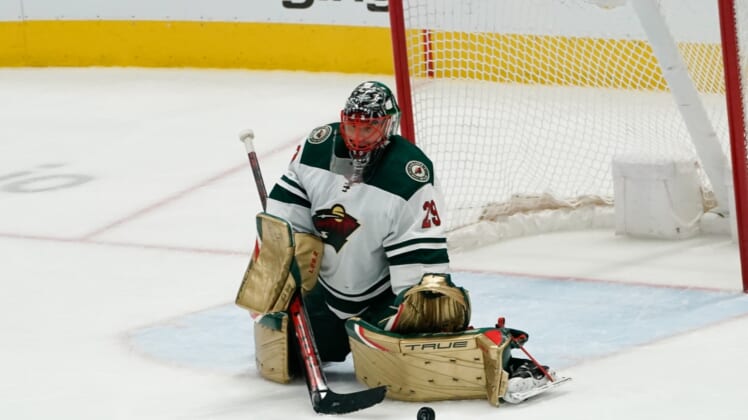 Minnesota Wild goalie Marc-Andre Fleury is not thinking about retirement just yet.

“I would like to play at least another season,” Fleury said. “I decided that recently. I still enjoy playing. I still have fun, my body is still holding up, most of the time. But yes, another season and we’ll see after.”

Fleury is best known for winning three Stanley Cups during 13 seasons with the Pittsburgh Penguins. He went to the Vegas Golden Knights in their 2017 expansion draft and played four seasons for them — famously helping the club reach the 2018 Stanley Cup Final — before being traded in the 2021 offseason to the Chicago Blackhawks.

Chicago fell out of the playoff picture early on and moved Fleury to Minnesota before the trade deadline. But he will be an unrestricted free agent after the 2021-22 season, giving him some say in where he will wrap up his career.

Last season, Fleury won the Vezina Trophy, awarded to the NHL’s top goaltender, for the first time in his career. His 517 career goalie wins rank third all-time behind Martin Brodeur (691) and Patrick Roy (551).

Entering Tuesday’s game against the Montreal Canadiens, Fleury was 25-22-5 on the season between Chicago and Minnesota, with a .910 save percentage and a 2.90 goals-against average. Fleury won six of his first seven starts with the Wild.