Pro golfer Angel Cabrera was reportedly arrested in Brazil, and was charged with multiple crimes allegedly committed over the past several years. 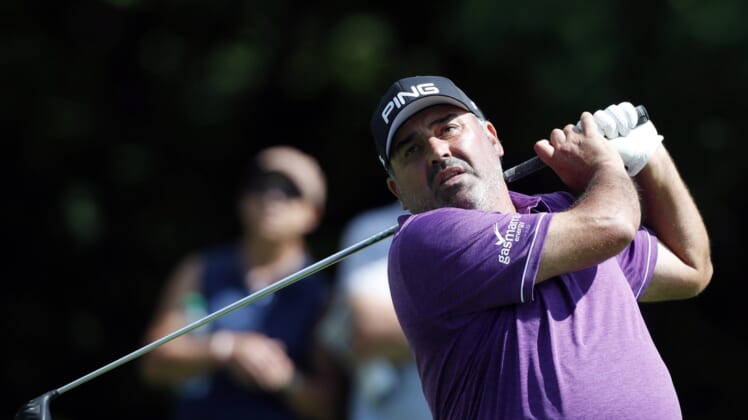 Argentine golfer Angel Cabrera reportedly was arrested in Brazil and faces extradition to his native country.

Brazilian federal police officers located Cabrera in Rio de Janeiro and made the arrest on Thursday, the Associated Press reported. The two-time major champion faces charges of several crimes allegedly committed from 2016 to 2020.

Per the report, the federal police statement noted that Cabrera was arrested on charges of assault, theft, illegal intimidation and repeated disrespect to authorities. He was on Interpol’s code red list, which is a request to law enforcement worldwide to locate and arrest a person pending extradition, surrender or similar legal action.

Cabrera’s former wife, Silva Rivadero, has filed two charges against the golfer. Ex-partner Cecilia Torres claimed Cabrera punched, threatened and attempted to run her over with his car in 2016, per reports.

Cabrera, 51, has three PGA Tour victories to his credit, including a one-stroke win over Tiger Woods and Jim Furyk at the 2007 U.S. Open at Oakmont. He also won the 2009 Masters in a playoff and the Greenbrier Classic in 2014.