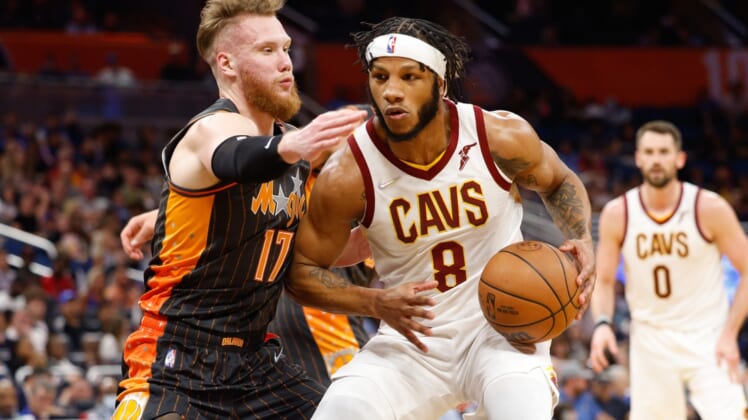 Markelle Fultz had 16 points and six assists in his first start in almost 15 months, helping the host Orlando Magic break a six-game losing streak with a 120-115 win over the Cleveland Cavaliers on Tuesday night.

Mo Bamba posted his third consecutive double-double. He scored 15 of his 21 points in the first quarter and also finished with a team-high 12 rebounds and tied a career high with six blocks.

Ignas Brazdeikis contributed a season-high 20 points — 14 in the opening half — and Moe Wagner netted 15 points on 6-for-8 shooting in 20 minutes.

Fultz, who made 8 of 12 field goals in 24 minutes, last started an NBA game on Jan. 6, 2021. He had played limited minutes off the bench since returning from a torn ACL in late February.

Orlando outscored the Cavaliers 32-25 in the third quarter for a 91-86 lead. R.J. Hampton’s basket with 6:40 remaining pushed the Magic’s advantage to 105-95, but Cleveland continued to cut into the lead as Darius Garland’s 3-pointer with 16.2 seconds left brought the Cavs within 117-115.

Garland (10 assists) scored 13 of his game-high 27 points in the fourth quarter and Lauri Markkanen chipped in 25 points, making six of the Cavaliers’ 16 3-pointers.

Orlando’s Franz Wagner, who had started all 78 games until suffering a sprained left ankle against Toronto on April 1, played just over six minutes in his return to the lineup. Wagner left with 5:12 remaining in the first quarter and did not come back after spraining his other ankle.

Cleveland and Orlando combined to shoot 54 percent (20-for-37) from beyond the arc in the first half.

Bamba made all five of his 3-point attempts in the first quarter, and the Magic made 10 of 17 3s in the first half. Markkanen went 4-for-7 from long range during the opening two periods and Cedi Osman came off the bench to score all 11 of his points in the second quarter, including three of the Cavaliers’ 10 first-half triples.