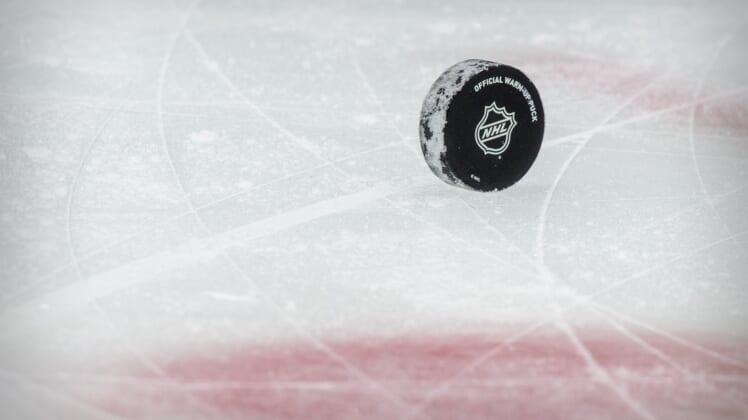 Jan 26, 2021; Dallas, Texas, USA; A view of a puck and the NHL logo and the face-off circle before the game between the Dallas Stars and the Detroit Red Wings at the American Airlines Center. Mandatory Credit: Jerome Miron-USA TODAY Sports

The 19-year-old defenseman announced it on Instagram, just a year after he achieved his dream as a third-round pick in the 2020 NHL Draft.

Prokop signed a three-year entry-level contract with the Predators in December and played for the Calgary Hitmen of the Western Hockey League this past season.

Prokop told The Athletic that he first came out to the Predators in June and received overwhelming support. Following his Instagram post, NHL commissioner Gary Bettman released a statement throwing further support behind the young athlete.

Prokop said he decided in April that he was going to come out publicly after struggling with hiding his true identity for years. He also said that while Nassib’s announcement didn’t directly lead to his own decision, the support Nassib received from the NFL community inspired him.