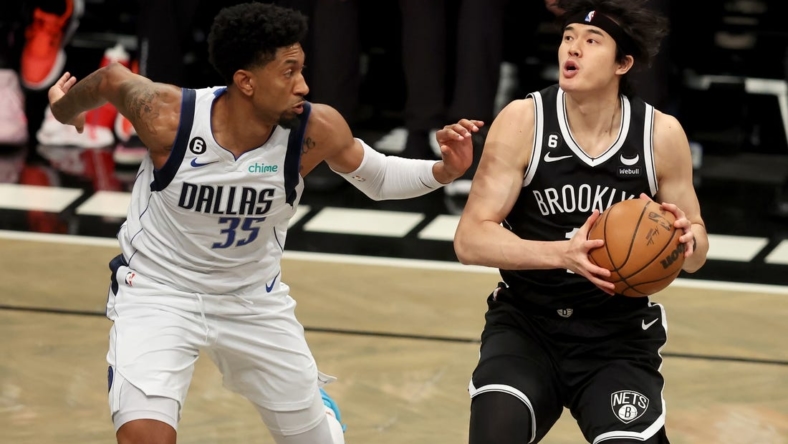 Luka Doncic totaled 41 points, 14 assists and 11 rebounds for his first triple-double of the season as the visiting Dallas Mavericks dominated most of overtime and held on for a 129-125 victory over the Brooklyn Nets on Thursday night.

The Mavericks outscored the Nets 17-13 in the extra session, and Doncic snapped a 112-112 tie by hitting a go-ahead 18-footer on the first possession. He then got assists on 3-pointers by Tim Hardaway Jr., Maxi Kleber and Reggie Bullock to extend the Mavericks’ lead to 123-114 with 3:10 remaining.

Doncic, who notched his 47th career regular-season triple-double, made 14 of 28 shots, including a nifty floater with 1:53 left to give Dallas a 125-116 lead before the Mavericks held on.

Hardaway added 18 points and Kleber contributed 15 for the Mavericks, who shot 50.6 percent and hit 20 of 40 of their 3-point tries.

Irving scored 39 points, but the Nets lost their third straight and their fourth in five games to start the season. Durant added 37 as Brooklyn shot 46.2 percent and hit 12 3-pointers in 35 attempts.

Doncic poured in 15 points during the third quarter, and the Mavericks took a 90-84 lead into the fourth after Hardaway sank an open 3-pointer with 17.7 seconds left.

Doncic had a chance to move Dallas closer to the win, but Durant blocked his layup after an initial call of goaltending was overturned on replay with 43.2 seconds left.

Brooklyn forged a 112-112 deadlock when Ben Simmons intercepted Doncic’s errant pass and found Durant for a dunk with 8.8 seconds left.

After Dallas used its last timeout, Dinwiddie inbounded the ball on the left side to Doncic, who encountered multiple defenders in the paint. He passed to Bullock, whose 3-point try with one second left in regulation fell short.