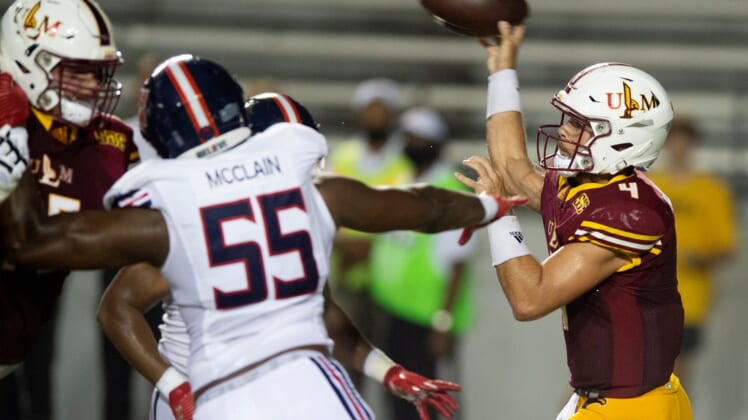 Louisiana-Monroe quarterback Rhett Rodriguez, the son of veteran college football coach Rich Rodriguez, was hospitalized with a lung injury he suffered Saturday in a game against Troy.

The elder Rodriguez revealed his son’s status in a tweet Sunday.

“Our family would like to thank everyone who has reached out with their thoughts and prayers for Rhett, as he is currently in the ICU at the hospital because of a lung injury from last night’s game against Troy,” wrote Rodriguez, currently UL Monroe’s assistant head coach and offensive coordinator.

Rhett Rodriguez spent the first four years of his college football career at Arizona, where he overlapped with his father in 2017. He used a graduate transfer year to join his father with the Warhawks.

In three games this year, Rodriguez has completed 56.5 percent of his passes for 337 yards, one touchdown and no interceptions.

It was not clear when and how Rodriguez suffered the lung injury during the game. He started and finished the game but split snaps with teammate Chandler Rogers.