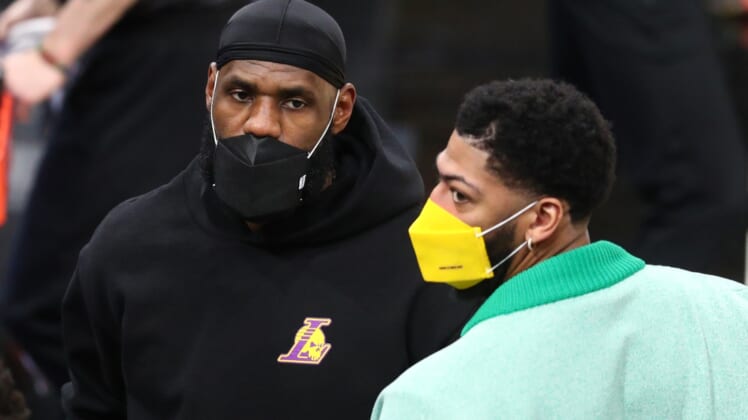 James suffered the high-ankle sprain on March 20 so he could conceivably be sidelined for all of April, depending on the healing process.

The four-time MVP was injured in a contest against the Atlanta Hawks.

Atlanta forward Solomon Hill rolled into James’ right ankle while chasing after a loose ball with 10:50 remaining in the second quarter. James let out a scream in frustration as he grimaced while rolling around on the floor.

The Lakers have lost three straight games, beginning with the game in which James was injured. Los Angeles hosts the Philadelphia 76ers on Thursday night.