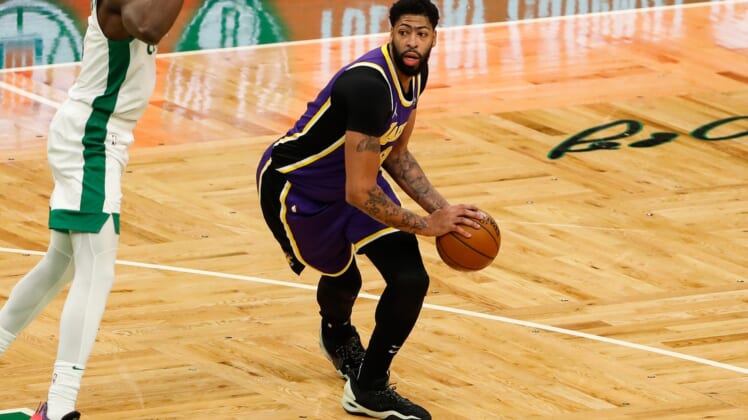 Davis was re-examined by team doctors after Thursday night’s 109-98 loss to the Brooklyn Nets.

“He’s going to be out for four weeks,” Vogel said. “We want to try to put this fully behind him, be conservative with it just to make sure it’s fully healed before he’s back.”

The timetable keeps Davis out until after the All-Star break.

“He’s doing exactly what he needs to do to get himself back into the best health that he can be in,” teammate LeBron James said.

“He has an injury that he can’t mess around with too much, and as an organization, as his teammates, as me as his brother, he has our full support. So, take his time, as much as he needs.”

Davis missed two games with the Achilles injury before aggravating it in Sunday’s game against the Denver Nuggets. Davis bumped legs with Nuggets center Nikola Jokic with 2:39 left in the second quarter. He stayed in the game to make two free throws before walking gingerly to the locker room.