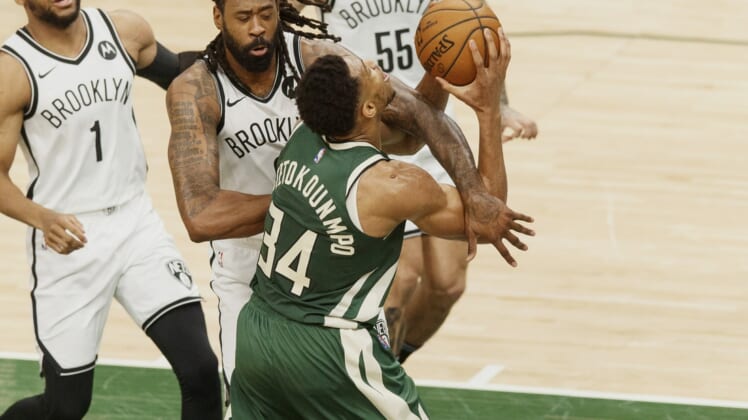 The Los Angeles Lakers officially signed veteran center DeAndre Jordan to their roster, the team announced Thursday. Terms of the deal have not been released, though The Athletic reported late last week that Jordan is expected to sign a one-year deal worth $2.6 million.

The signing was precipitated by a trade between the Nets and Detroit Pistons Sept. 4, which paved the way for Jordan’s release and eventual signing in L.A.

That deal involved the Nets trading Jordan to the Detroit Pistons in exchange for center Jahlil Okafor and forward Sekou Doumbouya. Okafor was released by the Nets earlier Thursday.