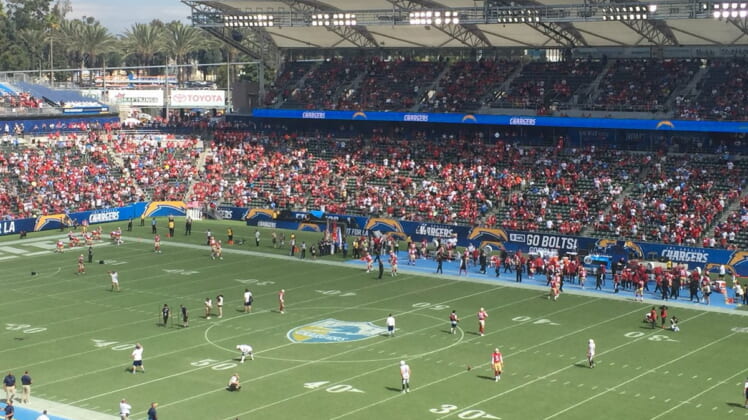 It’s by now well known that the Los Angeles Chargers don’t really have a homefield advantage at the smallish StubHub Center in Carson. This might change when they move into their new digs in 2020.

But until then, most Chargers home games are going to feel like road dates for the team.

That was no different Sunday against the cross-state rival San Francisco 49ers. It looks like the “road” team accounted for about 90 percent of the fans on hand right before kickoff.

That’s just ugly. And it’s really no different than we saw earlier in the season when Chiefs fans dominated the scene on the road against the Chargers.

Sure 49ers fans travel well. That’s known. Even then, this can’t be considered a good look for the Chargers and the NFL.

With the remainder of this year and all of next season still to be played at StubHub, one has to wonder if this will change.