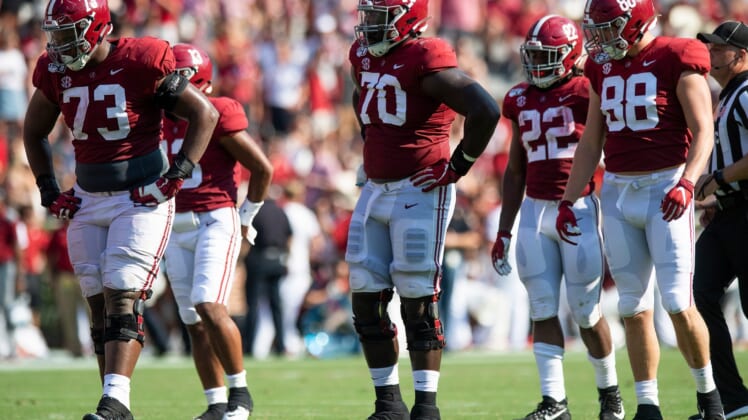 The Alabama Crimson Tide have a history of producing NFL-caliber offensive lineman every year. If NFL scouts are looking for the next great offensive tackle, we might have just found one in Evan Neal.

Neal, a sophomore projected to start at right tackle this season, joined the Crimson Tide last season with plenty of hype. The 6-foot-7, 360-pound lineman was rated as the No. 1 tackle in the 2019 recruiting class by 247 Sports and a top-10 player in the country.

Neal drew rave reviews from scouts for his strength, arm length and overall size even before he stepped foot in Tuscaloosa. He played immediately as a freshman, starting every game at guard while developing at an incredible facility. After a year of training with Alabama’s coaching staff, Neal is proving that he’s also insanely athletic.

While the clip might be short, it only takes a few seconds to realize how difficult this is. Most people would have enough problems jumping onto one box and Neal makes this dual plyometrics jump look easy.

He won’t be draft-eligible until the 2022 NFL Draft, but something tells us he is already on the league’s radar. If you’re looking for an early bet to be a top-five pick two years from now, Neal is the guy.