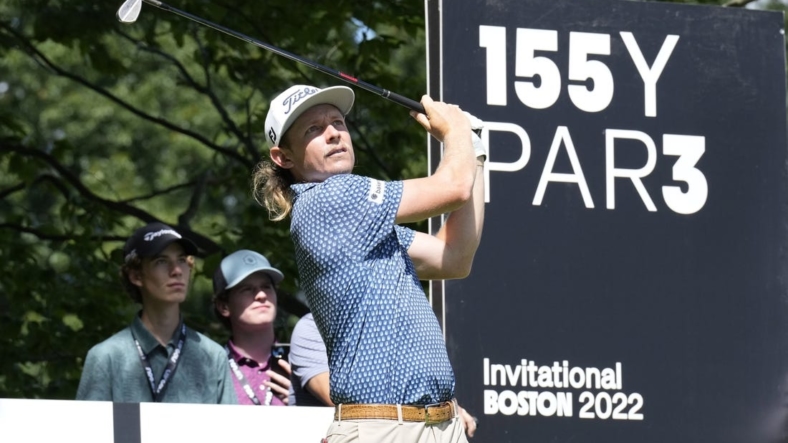 LIV Golf Series member Cameron Smith is one of three nominees for 2021-22 PGA Tour Player of the Year honors.

Rory McIlroy and Scottie Scheffler are also up for the Jack Nicklaus Award, which will be determined by a vote of tour members who played in at least 15 FedEx Cup events during the season.

Smith, who won The Players Championship and The Open Championship, officially joined the Saudi-backed LIV Golf Series last week. The 29-year-old Australian tied for fourth in his LIV debut this weekend at Boston, pocketing $1.5 million.

Smith and the other LIV golfers have been suspended from the PGA Tour.

The nominees for the PGA Tour Rookie of the Year — the Arnold Palmer Award — are Tom Kim, Sahith Theegala and Cameron Young.

Voting runs through Friday at 5 p.m. ET and the winners will be announced at a later date.