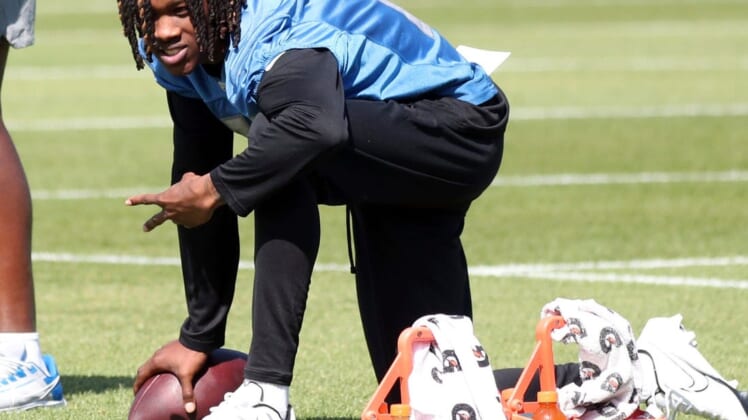 The Detroit Lions don’t expect rookie wide receiver Jameson Williams to be recovered from his ACL injury in time for training camp.

Williams, the No. 12 overall pick in the 2022 NFL Draft out of Alabama, had surgery on his left knee in January after an injury in the national championship game against Georgia.

“I don’t see him being ready for training camp. I don’t see that,” Lions coach Dan Campbell said Thursday. “I’m very hopeful, but I don’t see it. We’re going to do this thing the right way and when he’s ready, he’ll be ready. But, no, I don’t feel like you’re going to see him out there Day One.”

Williams has mostly been restricted to watching from the sidelines during offseason activities.

Williams caught 79 passes for 1,572 yards and 15 touchdowns in 15 games last season for the Crimson Tide.

Training camp opens in late July. The Lions open the regular season on Sept. 11 against the visiting Philadelphia Eagles.