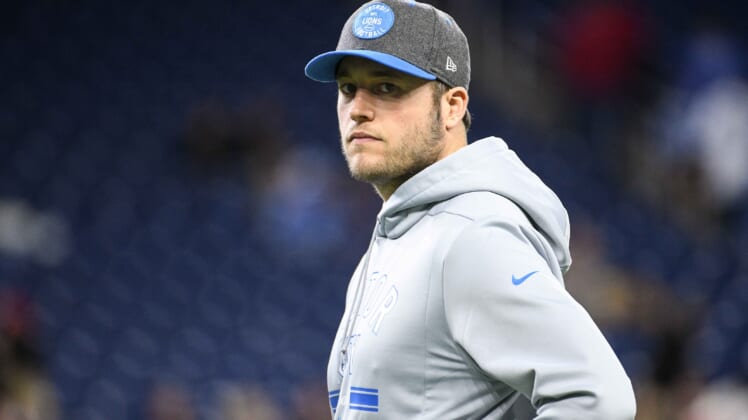 Detroit Lions quarterback Matthew Stafford has been a staple in the franchise since 2009. Now, the Lions could reportedly be looking to trade Stafford this offseason.

According to The South Florida Sun-Sentinel’s Omar Kelly, there is increasing chatter around the NFL that Stafford might be traded this offseason. Speculation of a potential Stafford trade reportedly picked up even more during the Senior Bowl.

The Lions find themselves at a crossroad this offseason. Detroit holds the No. 3 overall pick in the 2020 NFL Draft, a spot where Tua Tagovailoa will likely be available. As argued here, the team could ultimately benefit more in the long-term by trading Stafford this offseason.

However, there are potential complications with trading Stafford. If the Lions trade Stafford, the team will be stuck with $32 million in dead money and lose more than $11.6 million in cap space by moving him.

He missed the final two months of the 2019 season with fractures in his back, but he does expect to be cleared for the team’s offseason training program. Before suffering the season-ending injury, Stafford was playing at an MVP-caliber level with 19 passing touchdowns, 2,499 passing yards and a 106 quarterback rating in eight games.

If the Lions ultimately decide to trade Stafford, there will be plenty of teams interested in the star quarterback with four seasons remaining on his contract.