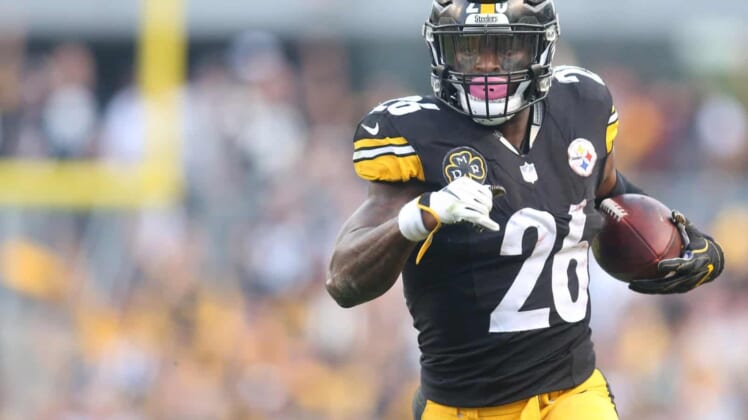 When Le’Veon Bell agreed to terms with the New York Jets on a four-year deal Tuesday night, we wrote that he lost his big gamble. Now that the contract details are out, there is no doubt about it — Bell got far less than he was hoping for.

Remember, Bell wanted to get paid like a top receiver. He also turned down a deal in Pittsburgh that would have given him $33 million in the first two years before then turning down $14.4 million fully guaranteed by sitting out last season rather than signing the franchise tag.

So, while $25 million guaranteed is a lot of money, it’s nowhere near what he was hoping to land. Also, that figure ranks Bell No. 5 in the NFL among his peers, with Todd Gurley, David Johnson, Saquon Barkley, and Leonard Fournette all getting more guaranteed cash.

As the details of Le'Veon Bell's contract show, he really did lose his big gamble (h/t @spotrac) pic.twitter.com/kcA6yRCLjb

This fact, combined with the reports that the Jets were really the only serious suitor for Bell until the very end, show that the league really did not like Bell’s decision to sit out the 2018 season.

Mike Freeman of Bleacher Report touched on that in his weekly 10-Point Stance column, writing, “above all, teams hated Bell’s decision to hold out, and because of it, they didn’t trust him.”

Bell wanted to shift the market. He wanted to be a catalyst for change. Those are noble aspirations. Unfortunately, in the end all he got was the fifth-most guaranteed money for his position in the NFL.