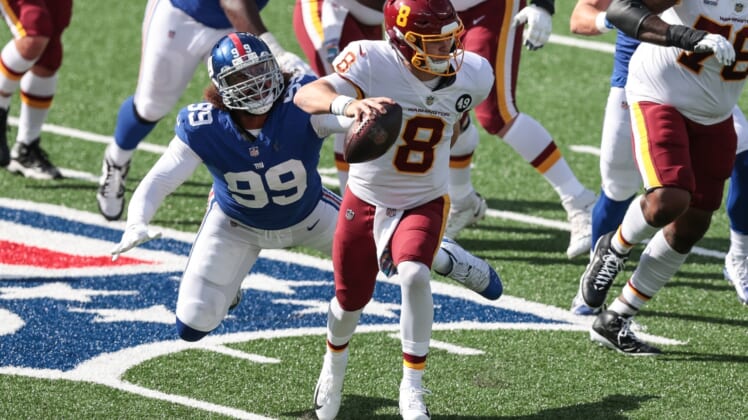 Leonard Williams isn’t interested in looking in the past.

Rather, the defensive tackle feels that he can contribute much more as he enters the next phase of his NFL career.

“I’m 26 years old still. I think I’m still in the middle of my prime and I think I have a lot of game left in this league, obviously,” Williams said Thursday on the heels of signing a three-year, $63 million contract with the New York Giants.

“I have a lot of personal goals. I’m not trying to reach any specific stat line or anything like that, but I want to just give it my best and keep playing like the player I am and just keep bringing my best to the table.”

According to reports, Williams and the Giants negotiated intently for multiple days and settled on a shorter three-year deal. Williams’ contract includes $45 million guaranteed and a $22.5 million signing bonus.

Signing Williams provides needed cap room for the Giants. If the Southern California product would have played on the franchise tag in 2021, he would have counted $19.3 million against the salary cap. That number now drops into the neighborhood of $11 million.

“Honestly, I just love this organization,” Williams said. “I love the way I’ve been getting coached here under coach (Joe) Judge and his staff. I love the way they treat people here. I love the guys that they’re bringing into the building, player-wise. Overall, it just seemed like a good fit. I’m just glad to be back.”

Williams was acquired from the New York Jets in 2019 and played the 2020 season on the franchise tag for defensive tackles worth $16.1 million.

The sixth overall draft pick in 2015, Williams spent the first four seasons of his career with the Jets.