Hall of Fame quarterback Len Dawson passes away at 87 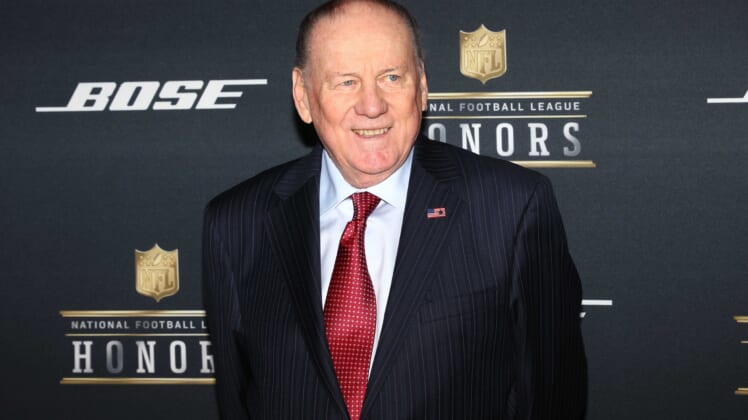 Hall of Fame quarterback Len Dawson, who starred for the Kansas City Chiefs, passed away on Wednesday at the age of 87.

According to KMBC 9 News, Dawson passed away with family by his side. It came just days after he was moved into hospice care. The Dawson family issued a statement following the NFL legend’s passing.

“With wife Linda at his side, it is with much sadness that we inform you of the passing of our beloved Len Dawson. He was a wonderful husband, father, brother and friend. Len was always grateful and many times overwhelmed by the countless bonds he made during his football and broadcast careers. He loved Kansas City and no matter where his travels took him, he could not wait to return home.”

The 6-foot- quarterback began his football career at Purdue (1957-’59), enjoying a phenomenal college football career that led to him being selected with the No. 5 pick in the 1957 NFL Draft by the Pittsburgh Steelers. After three disappointing seasons in Pittsburgh, Dawson was traded to the Cleveland Browns.

Five years after being drafted with a top-five pick, Dawson’s NFL career seemed to be in jeopardy. It led to him joining the Dallas Texans of the American Football League, which he dominated. Dawson earned AFL MVP honors and won a championship in his first season with the Texans.,

After losing the first Super Bowl in NFL history, Dawson took Kansas City back in 1969 and won Super Bowl IV MVP. During his legendary NFL career, he led the league in completion percentage in 1975 and won the NFL Man of the Year in 1973.

Dawson retired in 1976, but remained a part of football as both a broadcaster and analyst. Diagnosed with prostate cancer in 1991, he also became an advocate for men to undergo screenings to potentially catch the cancer early.