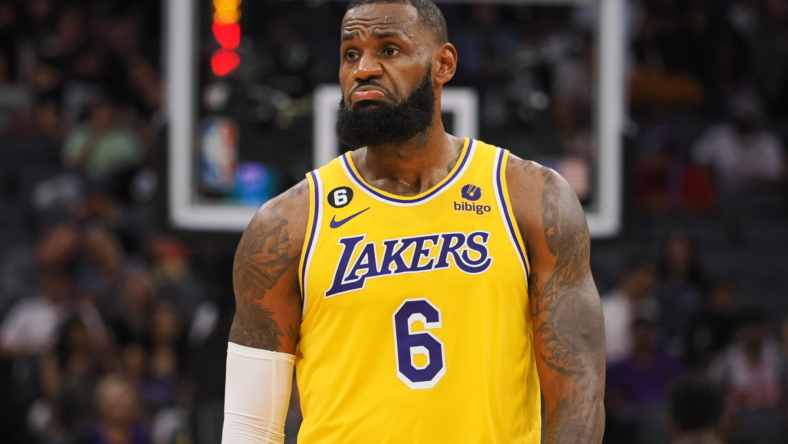 LeBron James did not request a trade from the Los Angeles Lakers on Wednesday. He didn’t take to his verified Twitter account to demand out of dodge despite the Lakers’ early-season struggles.

But some didn’t realize that given how new Twitter head Elon Musk has changed the verification process on the website.

Any individual can now get verified by paying $8 a month, impacting legitimate sources of information from the website. Musk’s decision was met by major push back and will create some huge issues moving forward.

That now includes this fake LeBron James trade request from the Lakers.

Earlier in the day, an account pretending to be ESPN’s Adam Schefter tweeted out that the Las Vegas Raiders have fired embattled head coach Josh McDaniels.

As for the James’ tweet, it received thousands of retweets and likes before being taken down. The account was also suspended.

Musk made it clear after several notable celebrities impersonated him on the social media site that accounts would be suspended if this happened. However, many have pushed back by claiming it’s simply parody after Musk himself noted that comedy is back on Twitter.

Either way, LeBron James did not request a trade. It’s now time to make sure you verify news from Twitter following this change by its new head honcho.