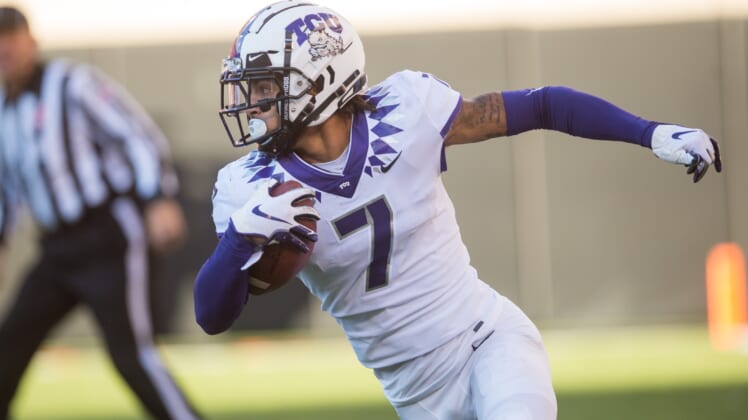 The Las Vegas Raiders needed help in the defensive secondary after struggling to defend the pass en route to giving up nearly 30 points per game a season ago.

It took a former foe for the Raiders to get that help. As the second round of the 2021 NFL Draft was speeding along Friday evening, Las Vegas moved up from the 48th pick to 43rd overall with the San Francisco 49ers to select stud safety Trevon Moehrig from Texas Christian.

A natural centerfielder and single-high safety, Moehrig was our 27th-ranked prospect leading up to the NFL Draft. Unfortunately, teams didn’t seem to value at safety position in Round 1. That’s going to lead to the Las Vegas Raiders getting an absolutely dynamic cover guy with a wide level of range in the defensive back end.

As for a fit, these Raiders needed a true free safety to pair with former first-round pick Johnathan Abram in the secondary. Despite having to yield a fourth-round pick to move up only a handful of spots, this is a perfect fit.