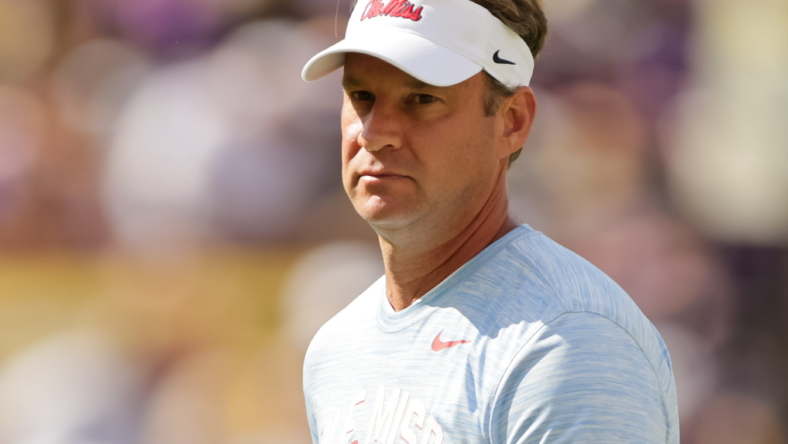 Boy, do we have a fun story for college football fans. Bear with us as it’s a bit of a wild tale relating to Ole Miss head coach Lane Kiffin and the open head coaching vacancy at Auburn.

By all appearances, there shouldn’t be any link between Kiffin and the open Auburn gig, but that’s what makes this so fun.

Here’s where it all began.

Jon Sokoloff of WCBI News got the party started with one explosive tweet. We can’t do this story justice with our words. You need to see the vocabulary used and the layout for yourself. It all makes sense later.

Take notice of everything in the tweet. It’s all important.

As usual, such a bold claim spread across social media like wildfire, and it even got back to Kiffin himself, who had a quick response.

Kiffin responded, on Twitter, by saying, “That’s news to me Jon. Nice sources.”

But he couldn’t stop there. Kiffin had to drive the point home with another follow-up tweet, and this is where a good story becomes great.

This is a classic. Who knows if Kiffin personally took the time out of his day to carefully craft this perfectly-worded mock response, we highly doubt he had any hand in it, but it’s still pure gold.

While Sokoloff is merely trying to do his job, we have to hand it to Kiffin, this guy has a great sense of humor. It’s safe to say Kiffin isn’t thinking about jumping ship any time soon. We have a feeling Sokoloff isn’t either, especially since no one at WLOX seems aware of Kiffin’s newfound reporting ability either.