LaMelo Ball out for season with fractured wrist 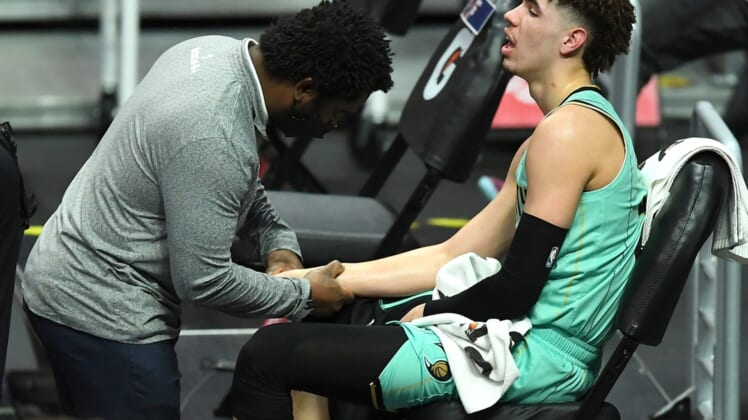 Charlotte Hornets rookie guard LaMelo Ball is expected to miss the rest of the season with a fractured wrist, ESPN reported Sunday night.

Ball is getting a second opinion, per the report.

The Hornets announced Sunday that an MRI exam in San Antonio discovered the fracture in Ball’s right wrist, but the team said Ball would be listed as out indefinitely until further updates were available.

Ball injured the wrist during Saturday night’s game against the Los Angeles Clippers. He fell early in the game and appeared to be in discomfort the rest of the contest. He finished with 13 points on 4-of-12 shooting in 22 minutes.

Ball is considered the frontrunner for NBA Rookie of the Year. He was taken No. 3 overall in the 2020 draft.

The Hornets are in San Antonio, where they’ll play the Spurs on Monday night.