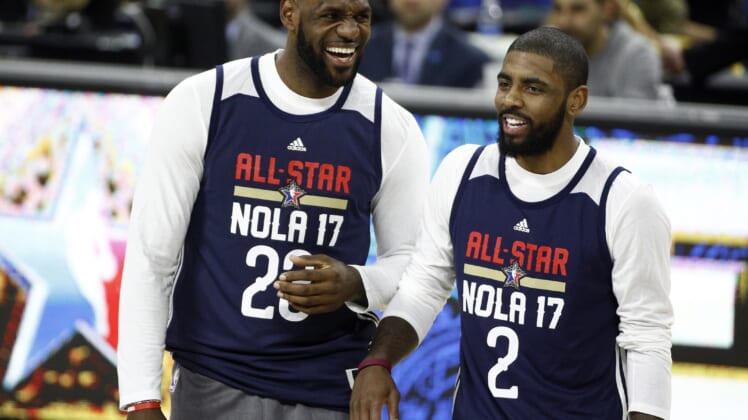 New Boston Celtics guard Kyrie Irving appeared on ESPN’s First Take on Monday. And well, his comments about former teammate LeBron James will likely be making headlines around the basketball world for some time.

When asked if he talked to James prior to meeting with the Cleveland Cavaliers’ brass to demand a trade, Irving responded with a simple “no.”

When asked to elaborate, Irving responded with “Why would I have to?”

He then seemingly threw a ton of shade in the direction of his former teammate.

.@KyrieIrving on why he didn't inform LeBron James that he wanted out of Cleveland. pic.twitter.com/WF9GlCA54o

That has to be considered the biggest shade throwing in the history of eight-word responses.

Needless to say, the relationship between Irving and James has been strained since the end of the 2016-17 campaign. And now that they’re conference rivals, it’s highly unlikely things are going to get much better anytime soon.